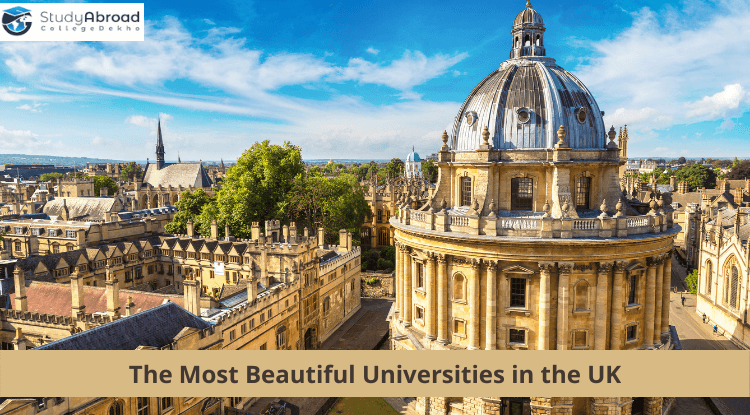 The University of Oxford is one of the oldest and most beautiful universities in the world. The historic buildings of the university have unique and eye-catching architecture and design that adds to the beauty of the university. Perfection in design and emphasis on conservation are the reasons why its buildings look so attractive and authentic. The University of Oxford supports conservation, restorations, refurbishments and planning for the construction of new buildings.

The Blavatnik School of Government building, on Walton Street, won a Royal Institute of British Architects National Award. It has the largest double-glazed window in Europe that weighs 4.5 tonnes.

The non-residential Passivhaus building in Oxford at Kellogg College is a cutting-edge architectural design. It is an exceptional building with exceptionally low energy use, thus, reducing the overall carbon emissions.

The University of Cambridge is the second oldest university in the UK. It was founded in 1209 and is known for its historic background, infrastructure, buildings and designs that were built more than 800 years back.

The famous buildings of the University attract tourists from across the world. The University of Cambridge’s Museums and their collection are appreciated by people who visit the campus. One can explore the treasures and artistic work of scholars in the past and present at the museum.

One can find a lot of variation in the architecture of the building spread across the building campus. The King's College Chapel of the University of Cambridge is the perfect example of late Perpendicular Gothic English architecture. Most of the colleges are situated near the city centre and river Cam that adds to the beauty of the surrounding buildings.

The Queen’s University of Belfast is ranked in the 10 most beautiful universities in the UK by the Times Higher Education World University Rankings 2018. It is the ninth oldest university in the UK and is known for its rich cultural heritage and social and artwork.

A unique feature of the Queen’s University of Belfast is its historic buildings having stunning architecture and design that were built some hundreds of years ago. These buildings meet modern study-space requirements and also have world-class facilities.

Queen’s University has an award-winning Naughton Gallery that has fine art collections and is a focal point of the university. In the southern part of Belfast is the Botanic Garden where the Ulster Museum is situated. Ulster Museum is known for its cultural values and stunning architecture. The museum has a collection of various works of art, historical artefacts and is a spot for numerous photographic exhibitions and relics.

The University of Greenwich has three campuses, i.e. The University of Greenwich and Avery Hill Campus are situated in London and Medway Campus is at Medway in Kent. The largest campus is the Greenwich Campus which is situated on the banks of the River Thames, a World Heritage Site. The campus has three baroque buildings that are some of the oldest buildings designed and set in the 17th century. It is also surrounded by historical landmarks, Greenwich Park and beautiful sites that attract people for filming and photography.

Avery Hill Campus of the University of Greenwich is located in Eltham, south-east London. The campus is surrounded by green spaces. The Medway Campus is known for its rich culture and historic buildings. Previously, its red brick buildings were Royal Navy base. The nelson's flagship HMS Victory was built at Chatham's Historic Dockyard.

The University of Aberdeen was founded in 1945 and is the fifth oldest in the UK. The main campus of the university, the Aberdeen campus, consists of historic buildings with state-of-the-art facilities for study and recreation.

The Crown Tower at the King’s College is a historic and beautiful emblem and an icon of the University of Aberdeen. Beneath the tower is the Chapel sanctuary which is a beautiful space and a centre of attraction. It has five rare decorations made of canvas and wooden scaffolding built in the 16th and 17th century. The old townhouse building at King’s College has a museum that houses a wide range of collections from the 18th century.

Durham University is the third oldest and one of the most beautiful universities in the UK. It was established in 1832 in Durham, England. Some of the university’s buildings are recognised as the best architecture in the world. Located at the waterfront of the scenic city of Durham, the university is a spot of beauty and admiration. The campus also houses the Durham Castle and  Durham Cathedral which are listed in the UNESCO World Heritage sites.

Hope you find the article informative. For admissions related queries at the top universities in the UK, write to us at abroad@collegedekho.com or call us at 785 9990 990.