The international education and economic sectors in Australia have inspired the Australian government to declare visa fee rebates and other incentives for international students, backpackers and travellers for a temporary period. 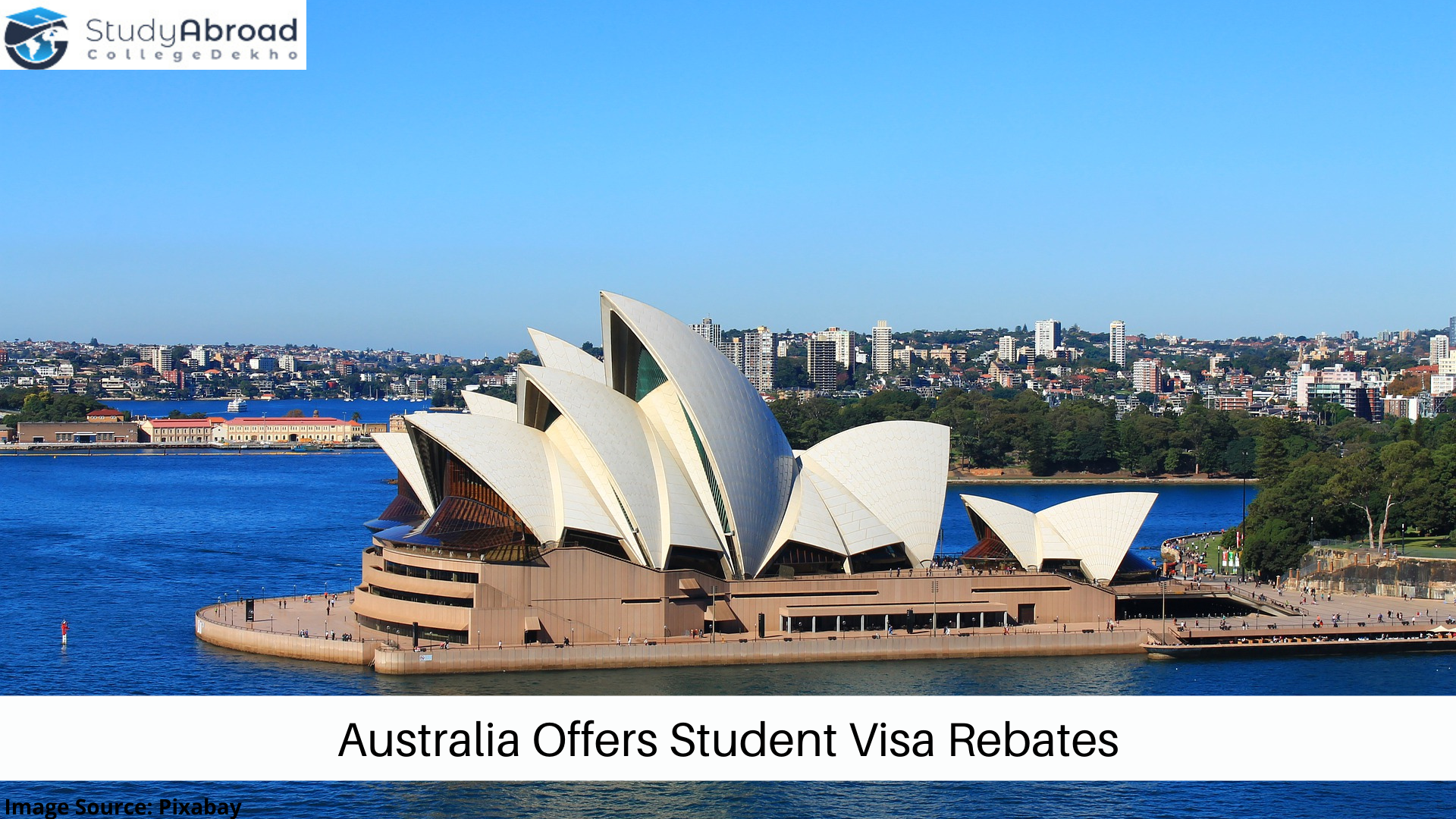 Australia is offering its international students visa fee rebates and reform in work hours limit on arrival in the next eight weeks. Similar announcements have been made for international backpackers and certain travellers classes arriving in Australia.

The rebate program shall commence on January 19, 2022, and the working hours of Australian student visa holders shall be increased to more than 20 hours per week across all sectors of the economy.

The declared visa fee rebate is set at AUD 630 for every international student arriving in the country and collectively along with the backpacker’s rebate program shall cost the government around AUD 55 million.

Australia is keen to have its offshore international students, backpackers and travellers back onshore as soon as possible. It is hoped that offshore travellers and students could be attracted onshore with these announcements. Currently, 150,000 visa holder international students are offshore and 324,000 are onshore. In the case of working holiday makers, 23,500 are offshore and 18,500 onshore.

The government also plans to speed up the approval process of new visa applications, so that they can avail the benefits of the rebate by being able to arrive in the country within the eight weeks limit.

The offer has been met with mixed views. While authorities such as the Independent Tertiary Education Council Australia (ITECA) has welcomed the move, students doubt the inspiration behind these announcements to be student welfare.

Australia’s international education sector has been going through a slump for the last 18 months. Moreover, the increase in work hours is also slated for review in April 2022.

The nation is also facing a critical workforce shortage across all sectors and these new announcements can support its recovery on an economic level. Sectors such as health care and aged care are expected to gain a lot from these reforms.

The students doubt that since economic and workforce shortages are the basic inspirations of rebate and work hour reforms, they will be done away with as and when the economy seems to be reviving and student welfare is used as a shield and for personal benefits.

In response, ITECA has made a statement that while it is true that these glamorous reforms shall help the economy, their primary focus still remains the quality and timely course progress of international students. The authority claims to have the best interests at heart for international students and allow them to gain knowledge and skills from Australian tertiary education.

Furthermore, Queensland has also announced the acceptance of fully vaccinated arrivals without quarantine from 1 A.M. on January 22, 2022. The state is approaching its 90% vaccinated population target.

The quarantine facility of Toowoomba Wellcamp Airport served as a strategic advantage for the country as it aimed for higher vaccination rates. The same was accepted by Stirling Hinchliffe.

Use Our Comprehensive Search to Explore and Apply to the Top Universities in Australia.