The Department of Homeland Security has withdrawn the Trump Administration’s proposed “duration of stay” rule on certain student visas. The rule had proposed to cap the duration of student visa to four years at max with the option of a visa extension available to all international students. 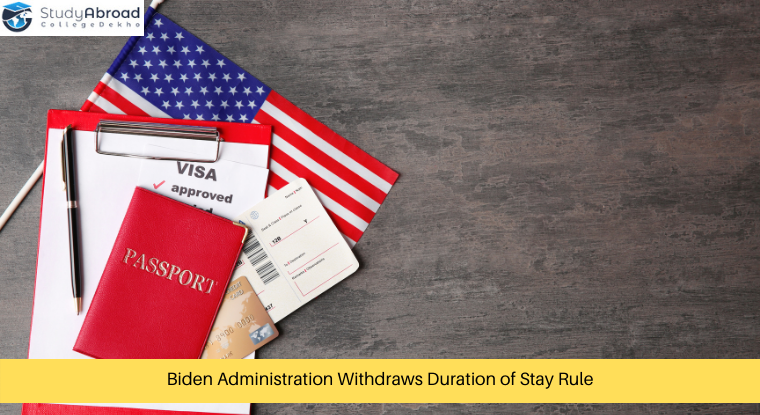 Among the many steps taken by the Biden Administration to reverse a number of immigration-realated policies, it has withdrawn a Trump-era rule of fixing time limits on certain US student visas.

In September 2020, the Trump administration had proposed a rule that fixed the end date to student visas, ending the earlier practice of allowing international students to stay in the US as long as the student has not completed the course.

The 2020 plan would have led to the expiry of most visas after four years, even if the student required more time to complete a degree. Students from several countries in Asia, the Middle East and Africa would have been affected by this and be limited to two-year terms.

Last year, over 1.1 million students were in the county on F-1 visas, one of the visas that was part of the 2020 proposal.

The DHS detailed its withdrawal of the proposal in the Federal Register on July 6, 2021. It said that it received around 32,000 comments within a month after the rule was recommended and over 99% of them were not in favour of the plan.

Wish to Apply to US Universities for the Next Intake?

The commenters argued that the proposed rule would severely affect international students, putting a lot of burden on them and others as they would have to apply for extensions, the current US government said.

In February, when President Joe Biden issued an executive order urging Homeland Security to review the proposal and see if it in any way affected immigration benefits. The agency, later on July 6, said it was concerned that the Trump administration’s proposed rules would “impede access to immigration benefits."

The proposed changes would have affected international students who wanted to enrol in a graduate school in the US or those who were trying to complete their Bachelor’s.

According to federal data, among international students who started their Bachelor’s degree in 2012, only 51.9% managed to graduate within four years and 71.5% did in six years.

Executive director of the Presidents’ Alliance on Higher Education and Immigration, Miriam Feldblum, said the withdrawal was a crucial step towards restoring international student mobility.

Advocating the proposal, the Trump administration, in 2020, said that it would protect the interests of the Americans and prevent the abuses on the U.S. immigration system.

Stay tuned to keep yourself posted on foreign education news!