Only 2.6 Lakh Indian Students Were Issued Visas to Study Abroad in 2020, Data Shows

According to the Bureau of Immigration, in 2020, 2.6 lakh student visas were issued to Indians, while a whopping 5.88 lakh in the previous year. The steepest decline was seen in the states of Maharashtra, Andra Pradesh and Punjab. 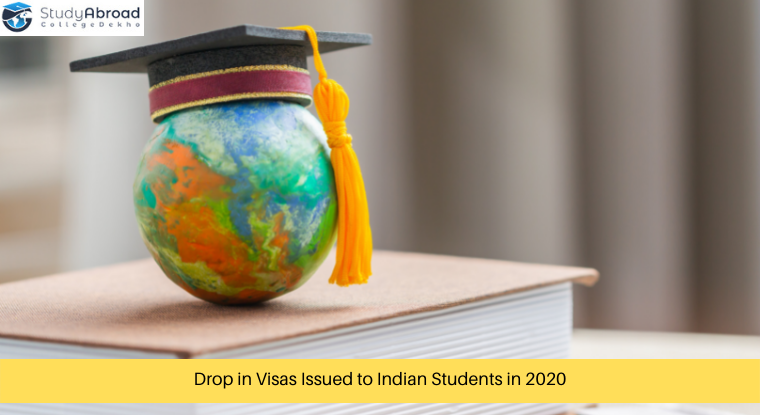 With the onset of the COVID-19 pandemic over a year ago, study abroad plans of lakhs of Indian students got disrupted. In 2020, 2.6 lakh student visas were issued to Indians, while a whopping 5.88 lakh in the previous year.

According to the most recent data, the steepest decline was seen in the states of Maharashtra, Andra Pradesh and Punjab, states that usually register the highest number of students interested in studying abroad.

It further highlights that students who took online classes or deferred admissions to 2021 were opting for the Spring 2021 intake. The first two months of the year recorded 71,769 visas issued to students who wanted to study abroad. Of these, 11,790 visas were granted to students from Andhra Pradesh and 10,166 to those from Maharashtra.

Also Read: US Student Visa Approval is Hitting a Record High in India

However, the Bureau of Immigration mentioned that state-wise figures were not easy to be certain of as a student domiciled in one state could have departed from some other state.

As per the issuance of passports, the number of Indians from across the country had risen from 3.7 lakh in 2016 to 5.9 lakh in 2019, which dipped in 2020 to 2.6 lakh due to the COVID-19 pandemic and the numerous international travel bans.

Make Your Study Abroad Journey Easier With Us!

According to a study conducted in 2014, Mumbai and Hyderabad are among the top 10 states of origin for students going to the US.

In 2020, for six months, travel was completely banned and when restrictions were being lifted, people were reluctant to travel.

An education counsellor, Maria Mathais, said that the numbers this year were not significantly higher in the first few months. Although a large number of students used to move out for the Fall entry and a smaller cohort for the Spring entry, the numbers in 2020 and 2021 have not been definite or in sync with the beginning of both the semesters abroad.

Another counsellor Karan Gupta explained that the last two years have witnessed several Indian students moving out at different times and some even pursued their education online and left as soon as the universities were safe enough for a return.

Meanwhile, this year, thousands of students have already left for international education. It is rather a double cohort as students who deferred admissions last year and fresh students enrolled in foreign universities.

It is expected that when the overall numbers are drawn up, the numbers will rise especially in October, and be higher than before for at least the UK and Europe, said another counsellor named Pratibha Jain.