In response to the ongoing Covid-19 challenges, Harvard University has extended its test-optional policy through 2026, allowing non-SAT or ACT test-takers to apply for admission. Other universities like Cornell and Columbia have also suspended their testing requirements for the upcoming academic year. 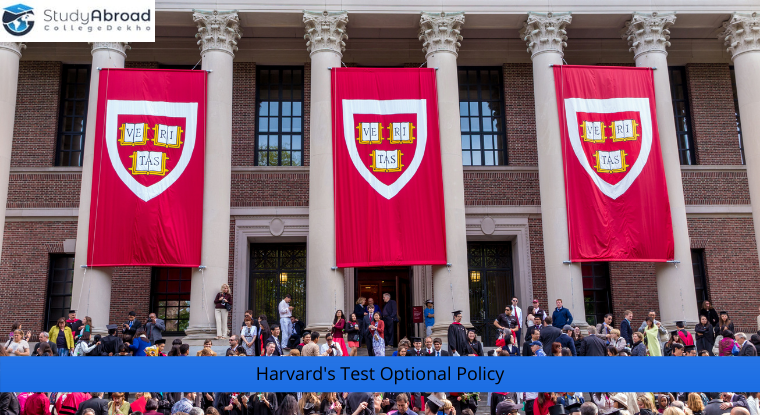 Harvard University has decided to extend its test-optional policy that allows non-SAT or ACT test-takers to apply to its schools. Although it's not yet clear if other schools will follow Harvard's lead, the extension likely serves as a way to prepare for similar actions in the future. The movement has raised concerns about the value of the tests. Most highly-ranked schools have also started accepting non-SAT applicants since the 2020s.

Although not submitting standardized test scores will affect their application process, Harvard University's Dean of Admissions said that students would still be accepted. According to the Dean of Admissions, non-SAT applicants will still be considered on the basis of their essays and their personal achievements.

The extension gives students who are already enrolled in 8th through 11th grades the ability to submit a score. It will also give students who were affected by the global health emergency a choice regarding their admission test.

Also Read: Harvard and Several Other US Colleges Return to Online Classes

Students who were affected by the global health emergency may now submit their scores for admission to their chosen school. The extension was prompted by concerns about the impact of the pandemic on the testing environment.

Although Harvard still maintains the possibility of having a testing requirement in fall 2027, it's not likely to happen. Many universities and colleges are experimenting with the use of test-optional admission to see if it can help minorities get into classes while upholding the educational standards.

Columbia and Cornell, two Ivy League schools, have suspended their testing requirements for the upcoming academic year. Even though many schools still require scores, some of them saw a drop in their admission rates when applications spiked.

Many schools, including the University of Chicago, have made it permanent. Others, such as Oregon State University and Indiana University, did it before the pandemic. Almost all of the top 100 liberal arts schools in the US do not require admission scores for the coming year. According to a Washington Post analysis, roughly half of the country's largest universities have dropped the requirement.

In the incoming class of 2021, around 1.5 million students took the SAT. The number of students taking the ACT also declined by 32% due to the pandemic. Some schools are now eliminating the possibility of admitting students solely based on their standardized test scores. The University of California, for instance, will no longer consider the results of the SAT or the ACT even if the students send in their letters.

California Institute of Technology is testing whether it should follow the test-blind policy. The head of the College Board, which operates the SAT, said that it was important for students to have the freedom to submit their test results.

Several selective schools still require test scores this year. The University of Georgia and the State University of Florida did not stop their requirement. Last year, the prestigious Georgetown University allowed students who couldn't get into a testing centre to apply to another school. This year, it has a tougher line.

Career-oriented scores are optional for many students in the schools of arts and sciences, engineering, human ecology, and industrial and labour relations. Although career-oriented scores are not considered at all for some schools, Burdick noted that they are encouraging. He said that his admission team has not found one student who says that they miss the test. He noted that their students' academic abilities are not being assessed using the test.

Also Read: Rise in International Student’s Enrollment in Canada, UK and US Despite Covid-19 Pandemic - Survey

The more attention that students pay to their transcript and the test score, the better, Burdick said. In Wisconsin, the university's officials extended the test-optional trial to include the admission cycle through 2025. Of the roughly 50,000 students who were offered admission, only about 53.7% sent scores.

Find Out Which US Universities Have Gone Test-Optional for the Upcoming Intakes!