A research compiled by London Economics found that 272,000 international students who began university courses in 2018-19 would generate around a net economic benefit of £26bn. 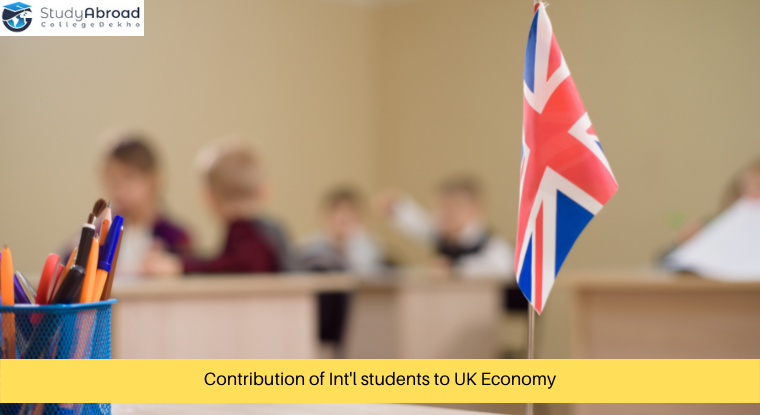 The research was compiled by London Economics and published by the Universities UK International (UUKi) and the Higher Education Policy Institute (Hepi) after analysing the income made by the UK economy from tuition fees and other spending by each cohort of international students from both inside and outside the EU. This further includes the subsequent multiplier effect through jobs created and further spending.

Overall, it revealed that 272,000 international students who began university courses in the 2018-19 academic year would generate around a net economic benefit of £26bn after accounting for their costs of teaching support and use of public services.

In other words, only 10 international students from outside the EU could generate a net economic impact worth £1m during their studies.

The report estimates that the constituency of Sheffield Central makes around £290m from around 3,000 students every year. Similarly, Nottingham South benefits by £261m each year, Newcastle upon Tyne East by £240m, Holborn and St Pancras by £243m, Glasgow Central by £171m, Cambridge by £171m, East Ham by £217m and Cardiff Central by £181m.

The director of UUKi, Vivienne Stern, said that the study provides a reminder of the financial importance of international students across the UK along with their social and cultural benefits.

Want to Study in the UK Next Year?

The figures also pointed out that the economic impact is far greater than the costs to public services such as healthcare. When costs such as teaching grants from central government, net NHS spending and other expenses such as education and police are put together, the costs amount to only £2.9bn.

The figures mentioned in the report, however, do not account for opportunity costs or any longer-term benefits such as business and trade links or investment.

After the UK left the EU completely, EU-domiciled students have been asked to pay the same higher tuition fees as international students. This year, the UK has seen a 50% drop in the numbers of EU students enrolling in undergraduate courses in the UK, from 22,000 in 2020 to 9,800 in 2021.

The director of HEPI, Nick Hillman, said the results confirmed that the sector of higher education in the UK was one of the leading export earners and that the country should provide a warm welcome to international students and ensure that education offers remain competitive.