Manitoba has announced a Skills, Talent and Knowledge Strategy for the post-secondary sector. The strategy aims to train and qualify students to meet the market needs of the future while facilitating economic recovery and growth. 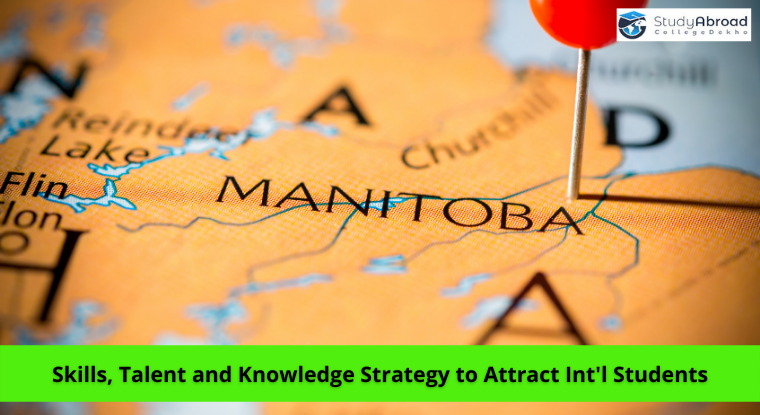 Over the past year and in the previous few weeks, Canada and Canadian provinces have been working on improving its immigration policies and increase the number of international students skilled labour into the country. Recently, Manitoba, a Canadian province announced its Skills, Talent and Knowledge Strategy for the post-secondary sector.

This Skills, Talent and Knowledge Strategy has been designed to plot out the necessary skills that will be required in the future, thus aligning the education and training sector to meet the needs of the market, cultivate entrepreneurial skills, while also enhancing, attracting and retaining talent.

Wayne Ewaskom, the Advanced Education, Skills and Immigration minister, stated that the move was made to train and educate people in the necessary skills for the future and resurrect from the effects of the pandemic and rebuild the economic resilience and growth.

Particularly applicable for sectors such as agriculture, where 1 in 5 jobs is expected to be left vacant by 2025. IRCC data for 2017 revealed that just over 21,000 international students had selected Universities and HEIs in Manitoba.

The International Education Strategy revealed that a large number of international students tend to choose larger cities as their destination of study. It added that Canada is interested in attracting more students in the universities and HEIs across different provinces, thus, promoting more sustainable growth in the sector.

The President of Red River College, Fred Meier, stated that the strategy will provide a crucial framework to the post-secondary institutions to train and quality students highly-demanded jobs, thus facilitating the much-needed recovery of the economy and its subsequent growth.
Following Canada’s motto of “Study Here, Stay Here”, Manitoba aims to become a destination for talent for international students to study and settle in Canada and its province.