Many International Students Intend to Study in the Netherlands in 2022: New Survey

The research by Nuffic, based on the responses of 526 international students, found that three out of four of them (73%) were either “very likely” or “likely” to pursue higher education in the Netherlands in the next academic year. 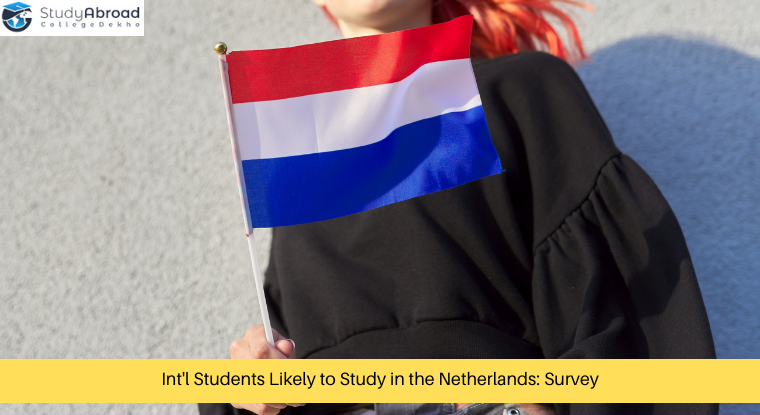 A new survey conducted by a Dutch organisation dedicated to internalisation of education Nuffic has revealed that many international students want to study at higher education institutions in the Netherlands.

The research based on the responses of 526 international students, carried out between March 9 and March 24, 2021, further found that three out of four of them (73%) were either “very likely” or “likely” to pursue higher education in the Netherlands in the next academic year.

Nuffic, in a statement, said that international students were quite interested in studying at Dutch HEIs despite the current Covid-19 crisis. The primary reason for the same should be attributed to the quality of education that the country offers along with its long-standing academic reputation.

It added that almost 90% of those surveyed cite the country’s quality of education as an important reason for them to study in the Netherlands. Other reasons, which are also related to quality, include the value of a Dutch diploma in the international labour market, English being widely used as the medium of instruction and the reputation of Dutch HEIs.

86% of the respondents from the European Economic Area (EEA) said they were likely to study at a Dutch HEI in 2022 more often than 72.6% of those from non-EEA.

62.7% of the respondents had already applied to a Dutch research university or university of applied sciences.

The survey, however, found that if HEIs were to shift to online education, then the plans of the respondents may change. Around 50% of them indicated they were less likely to study in the Netherlands if education was moved online.

It also revealed that international students studying online suffered from emotional distress more than others.

In addition, students were also concerned about the travel restrictions.

The respondents who were unlikely to study in the Netherlands pointed out reasons such as study costs, student housing and the cost of living. Close to 50% of these students were also considering studying in other countries.