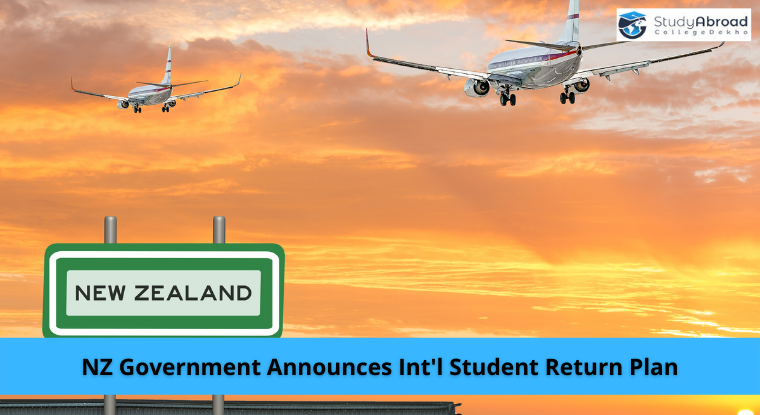 Welcomed as a “positive step”, the 5-step border opening plan set by New Zealand is set to resume the normal student visa processing starting October this year. According to the plan, under a border exception class, 5,000 international students are expected to be permitted to enter New Zealand in April.

Chris Hipkins, COVID-19 Response Minister stated that New Zealand will become one the most vaccinated and boosted countries in the world as the borders start to reopen. He also added that “the COVID-19 Protection Framework will be well-established in helping to manage COVID-19 outbreaks.”

According to news reports, New Zealanders travelling from Australia will be the first to enter starting 27th February, followed by nationals from other countries starting 13th March. The third step in the process includes 5,000 places reserved for international students travelling to New Zealand starting 12th April.

Grant McPherson, ENZ Chief Executive, stated that New Zealand will be able to open its borders progressively throughout 2022, first for the existing cohorts, subsequently allowing a larger international student cohort to enter before the second semester. Throughout, 2020 and 2021, the government took initiatives to bring in a few international students under border exception classes.

Chris Whelan, Universities New Zealand Chief Executive, while expressing his relief on the announcement acknowledged that while some international students would be able to attend their second semester in New Zealand, the number is still a small fraction of the actual number waiting to enter the country.

Also Read: Flying from India to New Zealand in 2022? Know About Travel and Vaccination Requirements

ENZ’s McPherson continued that announcement provides an “opportunity to rebuild and reshape the sector” and tackle the challenges as they come. However, while other top study-abroad destinations like the US, Canada and the UK continue to keep their borders open, as of date, New Zealand will have to wait till late this year. This further puts New Zealand one more year behind its competitors, Whelan pointed out.

As per media reports, the border class exception will be allowing 400 pilot trainees, 300 degree-level and above students, and 300 sub-degree level students to enter the countries. The universities and education providers will be nominating students, starting October this year.

The plan calls for the selected returning students to be fully vaccinated by one of the three currently-approved vaccinations in New Zealand. The three include Pfizer/BioNTech, Janssen and Oxford AstraZeneca. Nonetheless, New Zealand will also be accepting 23 vaccines that have been approved by countries abroad, including those approved by the Indian and Chinese governments as well.

In a statement released by Brett Berquist, the University of Auckland’s Director International stated that the university will be working with the government to develop a process to nominate students and will, further, connect with the eligible students. Berquist also pointed out that the selected international students will be entering NZ through the MIQ system, i.e. Managed Isolation and Quarantine.

Previously, an exception class of 1,000 international tertiary students were allowed to enter, while before that, 250 PhD and Masters students. The University of Canterbury in Christchurch hosted 34 returning international students in August.

On October 22, Prime Minister Jacinda Ardern announced a new traffic light system designed to manage outbreaks and cases while also making use of the vaccine certificates.

Also Read: International Students Allowed to Return to Universities in ACT in 2022

Displaying their satisfaction with the decision, a spokesperson for Education New Zealand, commented that the move will allow a connection with international students and markets, providing a pipeline for local providers while also highlighting the government’s commitment to the international education sector.

They further added that the move has been made as part of the NZ government’s Recovery Plan, therefore, students arriving in the country will be required to stick to all COVID-19 health and safety requirements.

Education New Zealand further commented that while expectations are to see a positive response, it is still too early to speculate the outcome. They urged the students to reach out to their preferred education provider or agent as soon as possible.

Fill This Form Now and Study in New Zealand Next Year!

They added that the students will be assisted through all the processes by their providers. As per current travel rules, students must complete the necessary immigration processes such as applying for a student visa before being able to start their studies in the countries.