The IEAA has asked institutions in Australia and New Zealand to provide post-pandemic peer-to-peer support to international students. A recent study has found that these education providers were not particularly active in encouraging domestic students to help their international peers during the COIVD-19 pandemic. 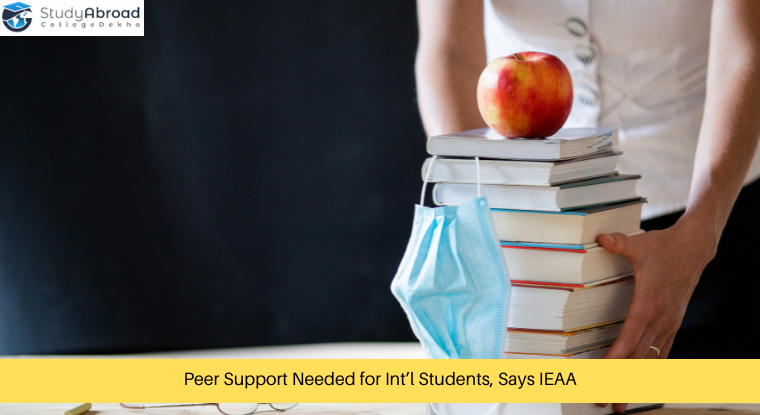 According to a recent study, Student Voices, conducted in association with Education New Zealand, education providers were not particularly active in encouraging domestic students to help their international peers.

This gap allowed a lot of domestic students in both New Zealand and Australia to become way more aware of the issues faced by the international students during the COVID-19 pandemic, including practical hardships and accommodation-related issues.

Around 50% of the domestic students said they were concerned about the hurdles faced by their international peers who had to self-isolate during the pandemic.

The study found that the domestic students came to know about the same through media coverage and “lesser-extent friends”.

The report further pointed out that while institutions were providing international students with support, domestic students seem to not have learned much about it. The common forms of support included learning assistance, social networking, mentoring support, peer support, study support, material support and psychosocial support.

The study also included responses from domestic students about how the peer-support program started organically. While some felt the need for it, some simply wanted to help on their own accord be it based on mental health issues or everyday crises.

Wish to Study in Australia or New Zealand?

Chapman further acknowledged the support provided by domestic students to international students in Australia, who were among the most vulnerable groups last year.

The report also found that 82% of the 981 and 1,313 citizens from New Zealand and Australia respectively suggested there was a change in attitude to the idea of separation and isolation international students face, while 81% of them said their appreciation of accommodation challenges faced by international students had changed.

While Australians were way ahead in helping international students with practical advice, New Zealand was more focused on improving social connectedness.

Chief executive of ENZ Grant McPherson said that the people of New Zealand often talk about the Maori value of manaakitanga, which means hospitality and generosity and that he was very pleased to see domestic students living up to it.