With studying abroad becoming more and more popular among Indian students, Wales has seen one of the highest numbers of Indian students in the country. Experts claim the Global Wales Postgraduate Scholarship programme and the Graduate Immigration Route are the major reasons for the hike. 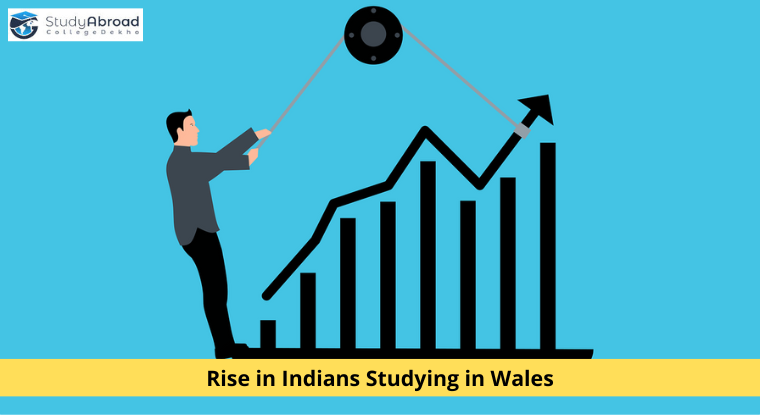 As per a report published by the New Indian Express, Wales has become one of the top destinations for Indian students looking to pursue their higher education abroad. The report states that Welsh universities have seen a 37% rise in the number of Indian students for the fourth consecutive year, across the 8 leading universities in the country.

In years past, Indians preferred London as their destination for higher studies, however, as the cost of living in the city increases, Wales looks forward to seeing more Indian students choose the top universities in Wales for their undergraduate or graduate studies.

In a statement released by Study in Wales Market Development Manager, Harish Lokhun, he highlighted that the Welsh government’s decision to bring back the Graduate Immigration Route (GIR) has led to many lucrative opportunities becoming available for international students. The Graduate Immigration Route, or GIR, allows students to stay back in Wales and work for two years after completing their studies in the country.

He further spoke about how the regular feedback from the Indian student cohort highlighted the affordable cost of living and tuition fees, strong employment opportunities as well as the distinct culture and welcome they have received, which are some of the reasons why Wales has become a desirable study abroad destination

A first of its kind, the scholarship is funded by the Global Wales Programme, which is a partnership between the Welsh Government, the British Council, Universities Wales and the HEFCW.

Also Read: Degrees by Indian, UK Universities to be Considered Equivalent to Each Other

Harish stated that the Global Wales Scholarship programme opens a “huge opportunity” for Indian students wishing to study a graduate programme in Wales, while also highlighting the country’s commitment to the success of the international students studying there.

Get Expert Guidance to Study in Wales