Singapore will now allow quarantine-free travel for fully-vaccinated people from India, Indonesia and Saudi Arabia, it announced on Nov 15. Unvaccinated children aged 12 years or under can travel to Singapore when accompanied by eligible adults. 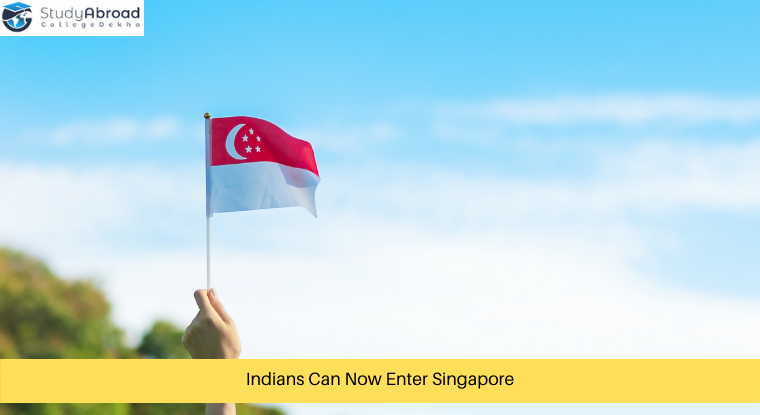 Singapore will allow fully-vaccinated Indian passengers to enter the country without having to quarantine from November 29, announced the Ministry of Health in a statement on November  15.

The city-state has begun re-establishing itself as the international aviation hub of Asia, opening its borders to four more countries apart from India.

While inoculated visitors from India and Indonesia will be allowed quarantine-free travel from November 29, those from the United Arab Emirates (UAE), Saudi Arabia and Qatar will be allowed entry from December 6 without any quarantine restrictions.

Additionally, unvaccinated children aged 12 years or under can also cross the border of Singapore when accompanied by eligible adults.

The Ministry added on Monday that Singapore was ready to open its borders to 5.7 million residents who have been kept away from their homes for over a year.

Singapore plans to begin its arrangement with Indonesia and two designated flights between Singapore and Jakarta every day. The frequency of these flights will be increased to four, Transport Minister S Iswaran said.

It is also looking forward to two daily flights, each to Delhi, Chennai and Mumbai. Both India and Indonesia were among the top five markets for passengers arriving at Singapore’s Changi Airport in 2019.

The city-state began to reopen its borders for general travel in September this year when it started a vaccinated travel lane with Germany and Brunei.

Currently, 13 countries are a part of Singapore's Vaccinated Travel Program. These include the US, Italy, Canada, among others. Countries like Sweden, Finland and Malaysia would join the list on November 29.

Under the VTL program, total arrivals per day would increase to 10,000 from 6,000 when the latest countries are added to the list. As of November 14, over 24,000 vaccinated travellers entered the Southeast Asian nation.

At the moment, Singapore boasts 85% full vaccination of its total population.

Wish to Study Abroad? Let Us Simplify the Process for You!