UP Student Gets 100% Scholarship from Stanford University

Manu Chauhan, who hails from UP's Aligarh and is a son of a village salesman, got a 100% scholarship from US' Stanford University. In 10th standard, Manu obtained 95.4% and further won an outstanding performance award twice in Assessment of Scholastic Skills through Educational Testing. 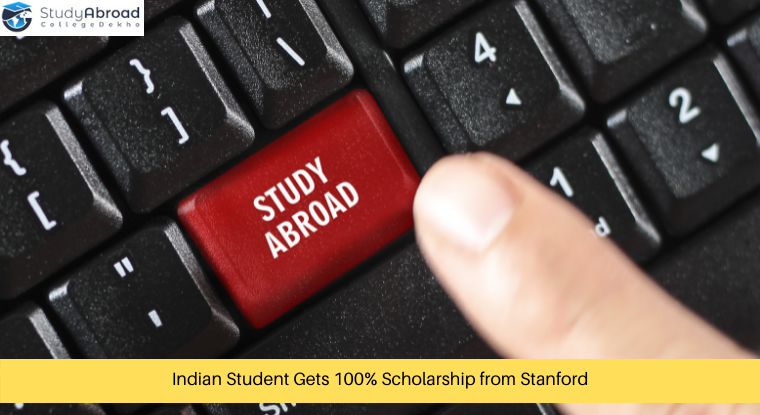 UP’s Manu Chauhan has secured a 100% scholarship to study at the US’ prestigious Stanford University. The Class 12 student hails from Aligarh district and belongs to a village called Akrabad.

Chauhan was studying at VidyaGyan where only 250 students are selected from a pool of close to 250,000 applicants every year. VidyaGyan is a residential co-ed school that offers free high-quality education to underprivileged meritorious students whose families have an annual income of less than Rs 1 Lakh.

With a 100% scholarship, Chauhan has been selected to study International Relations and Economics at Stanford, which he will be joining in August end this year.

Manu, who comes from a less fortunate family, is the only child. His father works as a small insurance salesman who struggles to fulfill his family’s basic needs.

Manu’s teachers at VidyaGyan, which is run by the Shiv Nadar Foundation, motivated and guided him throughout his academic journey and pushed him to achieve bigger milestones.

In Grade X, Manu obtained 95.4% and further won an outstanding performance award twice in Assessment of Scholastic Skills through Educational Testing. He also participated in intra-class debates and became the best speaker and won a gold medal in the 2018 Open State Level Table Tennis championship.

Manu added that the cancelled class 12 exams had very little role to play here as admissions to universities abroad is subjective and marks obtained in class 12 were not so important. The admission was based on his overall application, performance over the years and the essay.

His SAT exams, on which he scored 1470 out of 1600, were paid for by College Board's scholarships and his school also helped him with the application process.

He told IANS that he wanted to credit this entirely to his teachers at VidyaGyan who taught and counselled him at every stage.

When asked about his future ambitions, he said that he wanted to work in the field of international relations and engage in driving the development agenda. His long-term dream is to work in the United Nations and extend the gift of education to underprivileged children in India and contribute to making their lives better.

Stay tuned for news and updates on overseas education!