Indian students enrolled in Italian Universities have been stuck in India since the start of the second wave of the pandemic. Students have been seeking help from the government and the Embassy in returning to their universities and re-commence their studies. 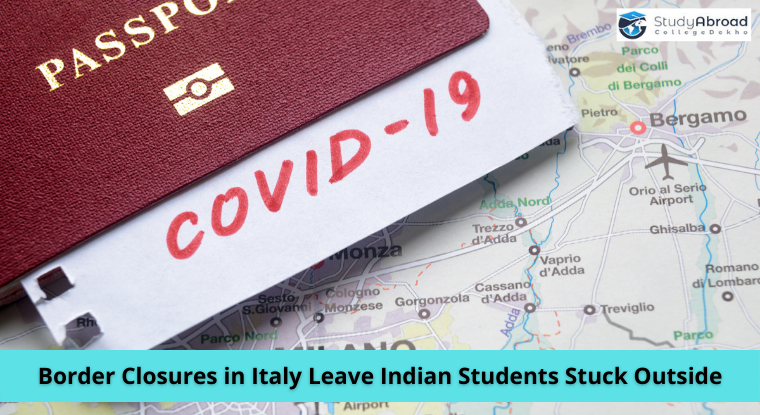 The effects of the second COVID-19 wave across India are still being faced by Indian students enrolled in universities abroad but stuck in India due to travel restrictions. One such country that has imposed restrictions against Indian students from travelling amid such times is Italy.

Many students, enrolled in Italian universities had travelled back to India at the onset of the pandemic’s second wave. However, they have been unable to travel back since Italy had imposed border restrictions on April 28.

Many Indian students had travelled back due to either their family members contracting the virus or out of fear. While some of these students had to deal with the losses that came out of the second wave of the pandemic, many are still suffering as a result of Italy’s border restrictions.

Speaking to the media, a University of Rome student who had travelled to India to spend some time with his family explains how he and other such students are attending classes and exams online. He also explained that the students have been reaching out to the Embassy and writing emails to the Ministry and their counterparts in Italy, seeking help to return to their universities, but to no avail.

The students express that the situation feels like a repeat of the horror they faced last year when they had been stuck in Italy while their families suffered back home. They further expressed difficulty in facing these travel restrictions while also dealing with the emotion of losing a loved one recently.

Some students have also raised concerns over losing their residence permit if they continue to stay outside of Italy for a total period of 6 months. Among these students, medical students are also facing major issues. While they can attend theoretical classes online, practical lessons and their ability to participate in them is also important for the completion of their courses.

Previously, on June 26, Italy had permitted Italian residents and citizens with the Registry of Resident Italians Abroad, to travel back from India, Sri Lanka and Bangladesh. However, there has been no official announcements regarding any upcoming border relaxations in Italy.

To help in bringing back international students, Ambassador Dr Neena Malhotra had interacted with community representatives online, briefing them about the Mission’s efforts in seeking relaxation in border restrictions for Indian students, while also discussing other community issues as well, she tweeted.

With inputs from PTI, as reported by TOI