According to a recent survey from educational agents, the UK has been recognised as the 'Standout Performer' in the international students enrollment race. It is ranked highest in the category of ‘open and welcoming’. 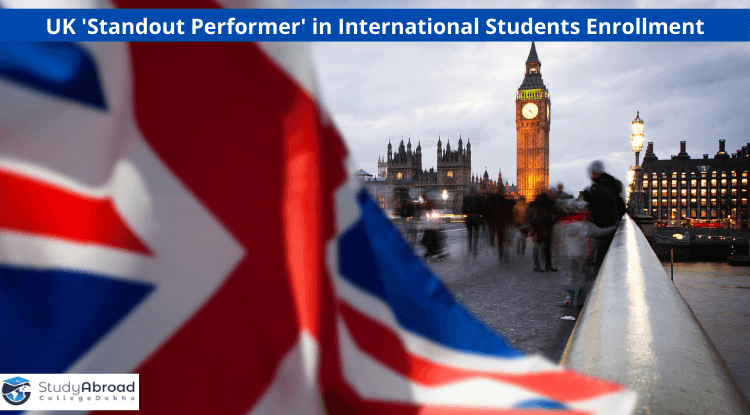 A recent survey of 300 educational providers from across 54 countries suggests that the UK is currently the standout performer for the recruitment of international students. The country ranked highest to be ‘open and welcoming’ and its reputation ranked highest among other countries, as rated by different agents.

The focus of the survey was on the top five study abroad destinations namely USA, UK, Canada, New Zealand and Australia.

In the latest two months survey, the opinions of the agents was less focused on the way the countries are handling the pandemic. Most of them agree with the fact that handling the coronavirus is becoming less of a choice factor as the pandemic evolves.

Although the UK is considered less safe and stable than Canada and New Zealand, the agents argue that the country’s reputation as open and welcoming is more important to its attractiveness as a study destination.