The University of Strathclyde received a handsome contribution from a former PhD student Dr Charles Huang. Dr Huang, through his philanthropic foundation, donated £50m to the university, which will help them build a new building that will house a new institute, while also contributing enough for scholarships and awards. 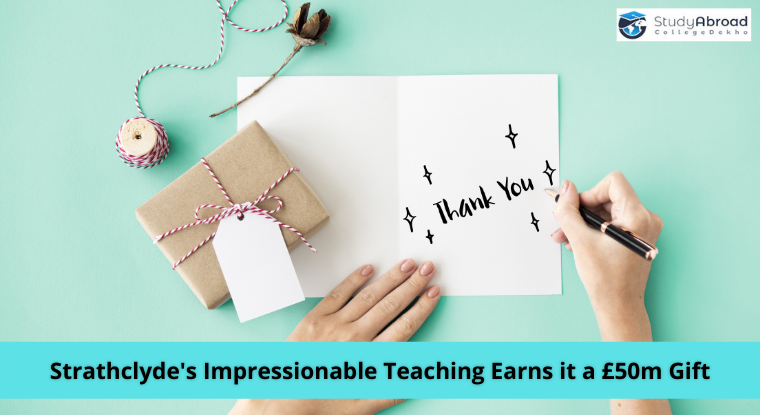 Universities abroad receive donations in different forms for the purpose of displaying one’s gratitude towards the help and support they, more specifically the graduates, have received from the university. One such university is the University of Strathclyde in the UK, where one student has felt the need to support the current and future students of the university.

As per a recent notification, the Scottish University has received a gift of £50m from a former doctorate student, Dr Charles Huang. Dr Huang, through his philanthropic foundation, has been able to gift the largest the university has ever received.

The University of Strathclyde said the donation from Charles Huang through his philanthropic foundation was the largest it had ever received.

To commemorate the contributions of his supervisor and mentor, Dr Huang gifted the university £50m, which will further help them build a new building that will be the home of a new institute.

Starting his MBA journey at Strathclyde under a scholarship for international students offered by the British Council, the gift symbolises his gratitude towards the university, which played a crucial role in his successes and his willingness to support those who are yet to start their studies at the university.

The BBC reported that Dr HUang’s donation will help the university grow its 'collaborative work' with other industries, businesses and even the public sector, allowing the next generation of students to grow while also supporting the pandemic recovery of the country.