52% of international Students in Favour of Vaccine Passports: QS Survey 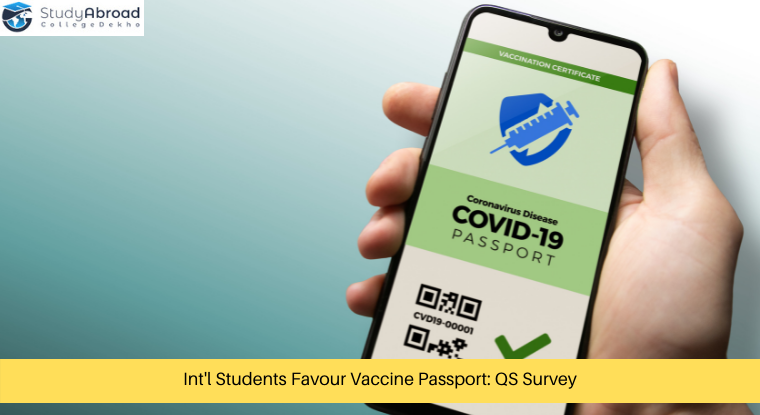 According to a survey conducted by QS Quacquarelli Symonds, 52% of those surveyed were in favour of vaccine passport requirements before allowing students on campus. An additional 70% said vaccines should be a prerequisite before traveling to the study destination.

Of the 3,853 prospective and current overseas students from 159 countries surveyed, another 57% said international students should have a vaccine passport before travelling.

The 70% figure is a growth from a previous 50% recorded in April suggesting that students should have to get vaccinated before they are allowed to travel.

Around 1,320 students said they wanted to study in the UK and 56% said the country became more attractive because of its vaccine distribution program.

The findings of the survey are similar to the annual International Student Survey conducted by QS in April which registered that 47% of prospective students found the UK vaccine rollout as an addition to the country’s appeal as a study destination.

Paul Raybould, QS’ director of marketing said insights like this were vital in understanding the motivations of international students, especially when the new term was fast approaching and the sector was still struggling in understanding what the university experience would be like this year.

Wish to Apply to Leading UK Universities for the Next Intake?

Raybould further said that it was encouraging that more than half of the international students thought the UK to be an attractive country for higher education amid the COVID-19 pandemic, primarily because of its successful vaccination scheme.