An important aspect of studying abroad is the costs associated with it, including the tuition fees, monthly or yearly costs along with the daily costs. Being one of the larger members of the EU, Germany is a popular destination for higher education, thus, the costs of living also become higher.

When compared o a few European Union member states, Germany may seem an inexpensive destination of study. However, the average cost of living in Germany is higher than the average in the European Union. Therefore, you must have a stable and good financial backing before pursuing higher education in Germany.

Like any other country, the prices and the average costs of living will vary depending on the location of the university and city you choose to live in. However, it is commonly noticed that renting accommodation will be the most expensive aspect of living in Germany.

As per reports and statistics, international students living in Germany may have to shell out anywhere between €800 - €1,000 a month. The average cost that is incurred by students on a monthly basis is around €861, or €10,332 per year.

Average Monthly Expenses for an International Student in Germany

As a popular destination of study, Germany offers numerous universities and higher education institutions. Most of the universities established in Germany are Public Universities, however, there are private universities as well that offer globally competitive programmes.

For those planning to pursue higher education in the Public Universities of Germany, a vote in 2014 abolished the tuition fees that are charged to all students, both national and international students. This rule is applicable only for the Bachelors and Masters programmes offered in Public Universities. Instead of the tuition fees, students are required to pay administrative fees that are also known as their semester contribution.

Here are the tuition or administrative fees that students are required to pay during their academic stay in Germany.

Note: The rates provided above have mentioned as per the current exchange rate approximately and is subject to change as per the market rate.

It should be noted that there are universities who may charge higher fees, while some may charge according to the popularity of the course. For instance, Management and Engineering courses usually attract many students, which results in a comparatively expensive programme.

Since students travelling abroad will need a place to set up camp and live for the foreseeable future, most students opt for either University Student Housing facilities or out-of University Accommodation facilities. Most universities in Germany offer students with student accommodation, usually shared and at a far cheaper rate. However, a common practice among the students is to choose out-of-university accommodation in the form of group housing, shared or single flats or even a single room.

Depending on the type of accommodation chosen by international students, the cost of renting a place for accommodation may vary between €300 - €700. It should be noted that the location of the university, i.e. the city or locality will heavily affect the pricing of such rented accommodation as well.

For instance, cities like Munich will be comparatively expensive than other cities due to the popularity and overall wealthiness of the people in the city. Thus, the less popular a city or locality is, the less expensive the accommodation at that location will be.

Staying in a country abroad, especially Germany, experiencing the social lifestyle, popularly followed by natives is a must. With a variety of restaurants, clubs and various other attractions, students will be able to enjoy a new and interesting culture.

Enjoying such a culture may sound expensive but on the contrary, students can experience the social life of Germany at relatively inexpensive rates. Commonly, students can spend up to €150 - €250 euros on entertainment, food and drinks in a month. However, this will depend on the lifestyle that a student chooses for themselves.

Also Read: 60% of International Students Want to Remain in Germany After Graduation: Survey

Blocked Account for Proof of Financial Funds in Germany

An international student who is a resident of a non–EU or non-EEA country and wishes to study in Germany needs to prove their financial sufficiency to get a German student visa. This proof of financial adequacy can be showcased by a blocked account or an internationally-blocked bank account.

The student visa applicant should open a blocked account before travelling to or entering Germany. It is important to check the blocked amount with the local German authorities.

A German blocked account is a special account, in which the applicant is required to fund at least 10,332 euros in order to prove that they have enough means to finance themselves during the first year of study in Germany. This amount will be blocked in the bank until the student arrives in Germany.

Step 1: Find out the providers that open blocked accounts for international students going to study in Germany.

Step 2: Register online or offline, whichever is applicable, only after you have received confirmation of admission to your desired German university.

Step 3: Submit the required documents to open a blocked account in Germany:

Step 4: Seek bank legalisation from the German embassy, if required.

Step 6: You will be sent blocking information.

It is also to be understood that not all accounts are accepted by all German authorities. Therefore, it is to be made sure that the provider covers all of the needs along with providing the applicant with security and acceptance.

Can an International Student Study in Germany Without a Blocked Account?

The answer is yes, an international student can study in Germany without a blocked account. However, they would have to prove their financial sufficiency by providing one of the following:

Small Practices Can Help You manage Your Finances Better While Studying Abroad!

Is living a social life in Germany expensive for international students?

The cost of living in Germany is considered to be above average in comparison to other EU states. However, you can choose to have an expensive lifestyle or not by deciding between the number of days you go out, where you go out and how much you spend. However, on average, you can expect to pay anywhere between €200 - €750 per month.

What is the cost of utilities in Germany for international students?

Basic utilities including internet, mobile and TV connectivity, etc can cost €150 - €300 per month. In some cases, the cost of utilities is covered under the rent that you pay for an accommodation, however, this will depend on the apartment owner and you may be required to pay for utilities separately.

How much does accommodation for international students in Germany cost?

How much does it cost to buy insurance in Germany?

Is it important to have a blocked account to study in Germany?

No, it is not important to have a blocked account to study in Germany, however, there are certain requirements that should be met such as a scholarships certificate from a recognised provider, proof of financial income or status of parents, letter of commitment to guarantee that a permanent resident in German will cover the costs of the applicant till the end of their programme and a bank commitment letter.

Why do I need a blocked account when studying in Germany?

The simple answer is to showcase the financial capability of an international student to support and cover all the tuition or administrative costs of studying in Germany.

What is the tuition costs of private universities in Germany?

What is the tuition costs of public universities in Germany?

As stated above, all public universities in Germany are almost free of charge, however, students will still be required to pay the administrative fees which can amount to around €250 - €300 per semester.

What is the average monthly costs of studying in Germany?

Excluding the tuition costs, international students may be required to pay off monthly charges anywhere between €750 - €1,715 per month on average. However, the average monthly costs incurred by students will depend heavily on the lifestyle chosen by the students.

Is it expensive to live and study in Germany as an international student?

No, compared to other EU states, Germany is one of the more inexpensive countries to study in, however, the average cost of living is above average among other EU states.

Guide to study in Germany 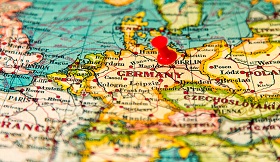 Undoubtedly, Germany is one of the most popular destinations for higher education in the world. Every year, German unive.... 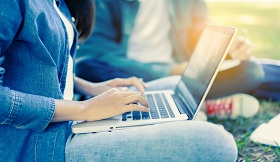 Admission Process to Study in Germany

Studying in a country abroad has become a dream for many students, especially in India due to the better higher educatio.... 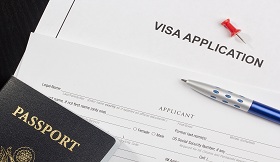 Home to free higher education in Public Universities and one of the popular destinations of study, Germany offers high.... 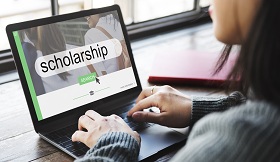 Scholarships in Germany for International Students

With thousands of international students applying to the different universities and institutions, various public and p.... 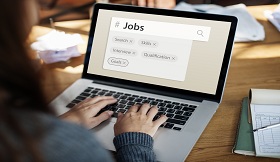 Jobs in Germany for International Students

Germany is one of the most popular study destinations with relation to its evolving job market and the rising demand f....

Planning to study in Germany?

Planning to study in Germany?