IELTS score is accepted at most of the US Universities as proof of English language. It is an important part of the application process as it helps admission counsellors in determining candidates' ability to understand and converse in the English language. 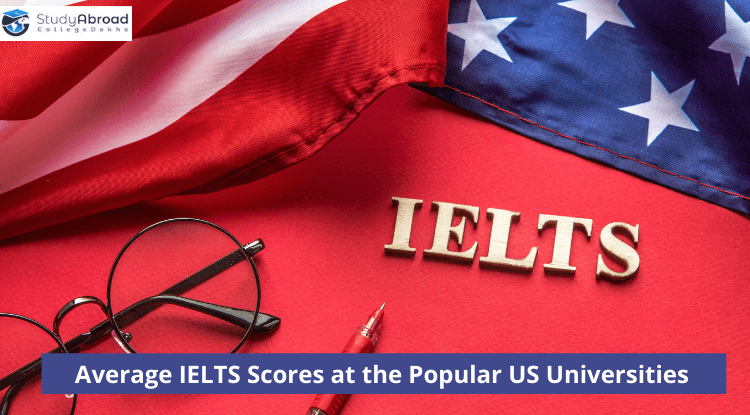 Wish to know the average IELTS scores at popular US universities? Well, you already know that prospective international students are required to take the standardised English proficiency tests such as the TOEFL (Test of English as a Foreign Language) and IELTS (International English Language Testing System) for admission to US universities. The scores of these tests help admission counsellors in determining international applicants’ ability to understand and converse in the English language. However, each university that accepts English Proficiency Tests has its own minimum score requirements. With IELTS, the case is no different!

IELTS score is accepted at most of the US Universities as proof of English language. An IELTS score must be sent to the university to complete the application process for admission to undergraduate and postgraduate studies. There is no specific IELTS score requirement for admissions in the US but experts suggest that applicants should check with the individual universities in order to know what is considered a good IELTS score.

What is an Average IELTS Score?

What is a Good IELTS Score for Admission at US Universities?

For international students, a standardized English language test score is mandatory for admissions at most of the US universities, with few exceptions. IELTS and TOEFL are two of the most popular tests acceptable at most universities in the US.

Merely taking an English language test does not fulfil the US universities’ minimum English language test requirement. Candidates must also get a minimum mark in an IELTS or any other English Proficiency test accepted. This is why most students taking the IELTS test have a common question in mind - What is a good IELTS score for admissions at US Universities? The answer to this question is that there is no pass or fail score for IELTS. As the IELTS minimum score requirement varies between different universities and courses, a candidate who can score at least the minimum IELTS score defined by the specific university is what is considered a good IELTS score.

Generally, an average IELTS score of 6.0 and above is considered a good IELTS score for admissions to top universities in the US. However, students taking an IELTS must confirm the IELTS test requirement at the university of their choice and the defined course and try to score the minimum score.

Also Read: IELTS or TOEFL? Which Exam Should You Take to Study Abroad?

There are more than 3,000 universities in the US that accept IELTS scores. Each university sets its minimum requirement for admission that international students need to qualify. Here we have listed some of the popular US universities and the average IELTS scores acceptable at these universities.

Note: Due to the COVID-19 pandemic, universities abroad have revised the admission process, which includes either removal of SAT or ACT test requirements or making it optional for undergraduate admissions. Therefore, students are advised to confirm the minimum eligibility criteria and admission process before applying.

If you wish to clear your doubts regarding admissions in the US, write to us at abroad@collegedekho.com.