IELTS or TOEFL? Which Exam Should You Take to Study Abroad? 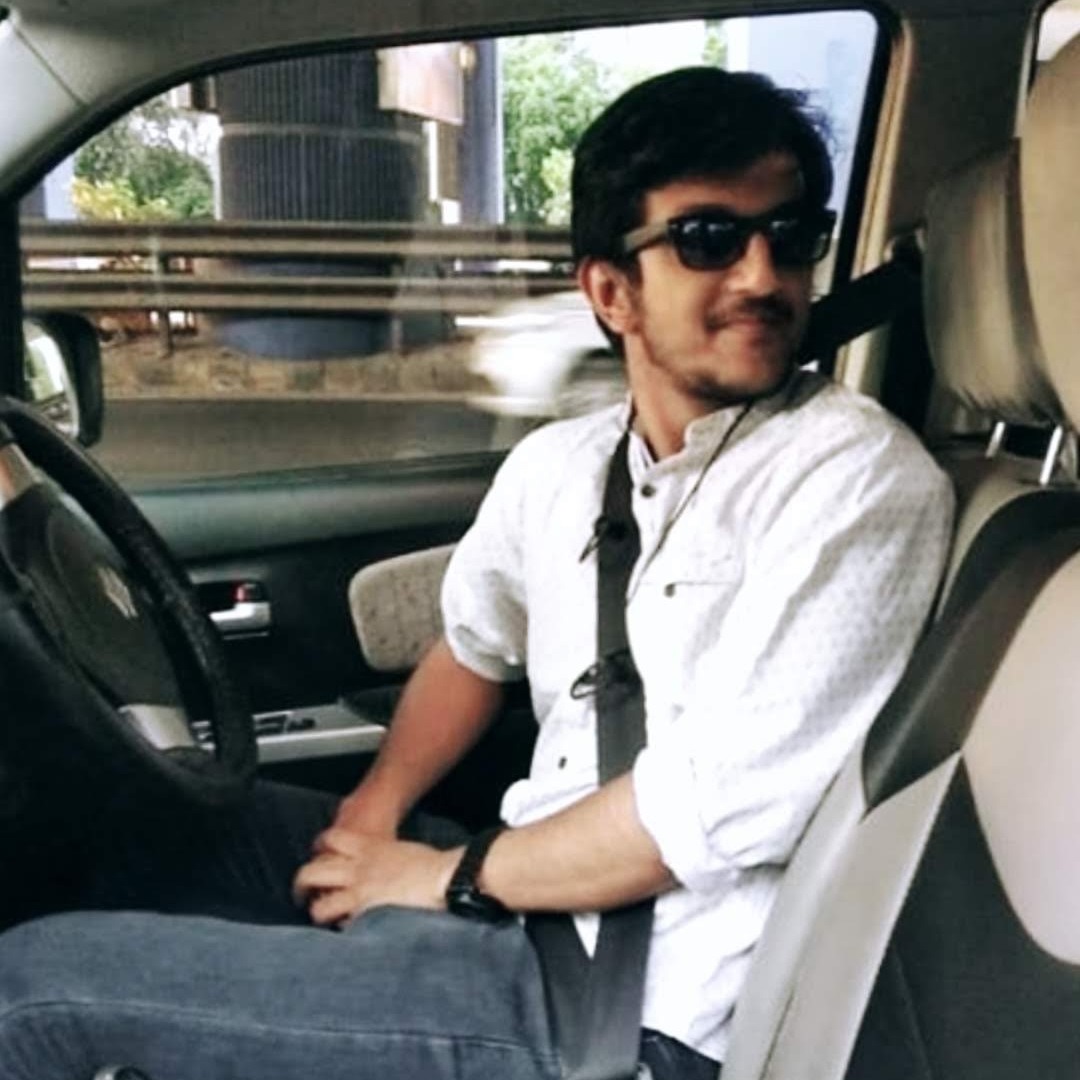 IELTS and TOEFL are the two most popular English Language tests accepted by universities abroad in countries like the USA, UK, Canada, Australia and New Zealand. Check the article to know which among the two tests, i.e. IELTS or TOEFL, is best for you. 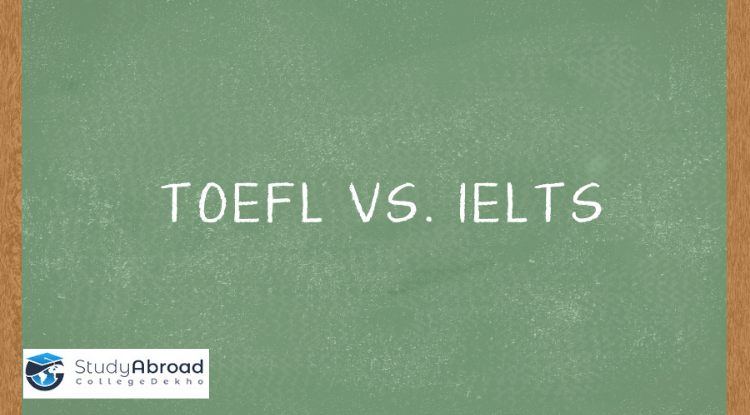 Having trouble choosing between IELTS or TOEFL? In this article, we have discussed the differences and similarities between the two popular English proficiency tests which are attempted by thousands and accepted by thousands across the globe.

Clearing an English Language Proficiency Test, like IELTS or TOEFL, is mandatory for candidates who seek admission to universities in countries like the USA, Canada, UK, Australia, New Zealand and more. The two most popular English language tests are IELTS (International English Language Testing System) and TOEFL (Test of English as a Foreign Language) which are accepted by top universities all around the world.

Both IELTS and TOEFL are used to evaluate the English reading, writing, speaking and listening skills of the candidates. Conducted at an international level, students can appear for any of these tests at test centres located all around the world.

The scorecards of both TOEFL and IELTS are accepted by thousands of universities and colleges across the world. It depends on the institute and the country if it accepts test scores of either IELTS or TOEFL tests or only one of the two. Both tests serve the same purpose i.e to analyse the English language test proficiency of the candidate. However, it is up to the candidate to decide which two tests, i.e. IELTS vs TOEFL, are the most suitable for them.

This article is a comparative study on IELTS vs TOEFL to help students decide which of the two tests they should apply for.

IELTS Vs TOEFL: A Quick Overview

Here are some fast facts about IELTS vs TOEFL that all potential test-takers should know:

IELTS vs TOEFL: Which Exam Should You Take?

Choosing between IELTS or TOEFL should be a simple process for most students as the first deciding parameter involves the university and countries and their preference between the two tests. However, there can be several other parameters that are unique to you and your needs with regard to studying abroad.

The IELTS and TOEFL exams are conducted by two different organisations. The IELTS exam, first started in 1989,  was managed by IDP India and the British Council until last year, when IDP India took full control over the test. On the other hand, TOEFL is conducted by Educational Testing and Assessment Institution, ETS (a non-profit organisation).

Now, to understand which test, i.e. IELTS vs TOEFL,  you should take to take admission to some of the top universities in the world, check out the following points:

If you are confused about whether to take the IELTS or TOEFL test then the first thing that you must decide is the country and institute to which you want to take admission. TOEFL is widely accepted by universities in USA. So, if your study abroad destination is the USA then choosing the TOEFL tests will be a good option for you. On the other hand, in most universities in countries like the UK, Canada, Australia, New Zealand, etc, IELTS scores are popularly accepted over TOEFL results and scores.

However, there are many universities and countries which accept international student applications on the basis of both IELTS and TOEFL scorecards. So, deciding between IELTS or TOEFL must depend on the university and country you want to apply to for your higher studies abroad.

It should be noted that a few countries like Poland do not require IELTS or TOEFL scores for admissions to undergraduate and graduate studies abroad. Here, most universities may be satisfied with having the English language of instruction in the qualifying examination as the only criteria for international student admissions in these countries and universities.

If you wish to learn more about the exam patterns for IELTS or TOEFL tests, check out the links below for a detailed exam pattern and structure of the two popular tests.

The TOEFL exam fee usually depends on the location where you are taking the test. Check out the following table to better understand the fee differences between and IELTS and TOEFL exams.

As depicted in the table above, one of the major IELTS vs TOEFL differences can be seen in the exam fees for both the tests. It should be noted that the exam fees for IELTS and TOEFL are subject to change at the discretion of the official exam administrators, i.e. IDP India for IELTS in India and ETS for TOEFL iBT.

The difficulty level of both the TOEFL and IELTS is the same. However, most candidates who take the test find the IELTS easier than TOEFL because of the test's structure, pattern, and design. While the TOEFL exam is lengthy and exhaustive, IELTS exams are well structured and organised, as per the feedback received from test-takers.

Having said that, exam difficulty in either IELTS or TOEFL may not be applicable to all candidates. Some test-takers may also find TOEFL exams easier than IELTS exams. The following comparison of the two tests will help individuals decide which among the two, i.e. IELTS vs TOEFL. is easier for them:

If you are still confused between the two English proficiency tests, i.e. IELTS or TOEFL, then register and connect with our team of highly experienced study abroad counsellors now!

Check the list of universities abroad that accept IELTS Score for admissions:

Check the list of universities abroad that accept TOEFL Score for admissions:

Note: Students must confirm the English Language Test eligibility criteria for their respective universities before taking either of the two tests.

Once the decision is made, candidates should start preparing for the test.  Self-preparation is sufficient for students who have a good command of the English language and clear grammar and basics. Apart from this, all that is required is a good understanding of the structure and pattern of the test and sufficient practice.

You can also check our 'Test Prep' section for any assistance related to IELTS/ TOEFL or any other study abroad entrance exam or write to us at abroad@collegedekho.com for more information.

Wish to Apply to Any of These Universities?

Is IELTS easier than TOEFL?

While the exam difficulty displayed by IELTS and TOEFL exams are equal, several test-takers have stated that IELTS was a comparatively easier test to complete. However, this will be subjective to each individual test-taker. Register with us now to find out if you should attempt IELTS or TOEFL to study abroad from experienced study abroad counsellors.

Is TOEFL preferred more over IELTS?

There is no definite answer to knowing whether the TOEFL exam is preferred more over the IELTS exam. However, if you are looking to apply to US universities, you are more likely to see a larger group of universities accepting TOEFL iBT scores over IELTS, whereas, universities in Canada, the UK, Australia, New Zealand, etc prefer IELTS Academic scores of TOEFL.

Which English proficiency test is best?

If you are deciding between TOEFL or IELTS for your application to top universities abroad, then simply check the admission policies and criteria for the course and university. Each university will specify a minimum score requirement in English proficiency tests for international students that you will need to comply with. Click here to know which English proficiency test will be the best choice for your study abroad venture.

Can I use IELTS scores for admission to US universities?

Yes, most universities in the US also accept IELTS academic scores as proof of English proficiency for those international students whose first language is anything other than English. If you present a minimum score of 6.0 on the IELTS exam, you will be able to apply to most top universities in USA.

Can I use TOEFL iBT for university admissions in Canada?

Yes, TOEFL iBT is accepted by several hundred universities across Canada and the world, all specifying different minimum score requirements. It should be noted, the more selective the university, the high the score requirement will be. Register and connect with our team of highly experienced study abroad counsellors and learn about the TOEFL requirements at your dream university abroad.

Is TOEFL easier for Indian students?

Whether you choose to attempt TOEFL or IELTS, your knowledge and skills in the English language will determine the difficulty level of the test for you. A candidate who has passed class 12 board exams from an English-medium school will be able to clear the TOEFL exam with greater ease than someone who has not.

Is TOEFL more expensive than IELTS?

No, interested candidates will be asked to pay, more or less, the same price for TOEFL and IELTS. However, according to current market trends, TOEFL is slightly cheaper than IELTS, but, not by much. If you wish to know which is the better choice for you, then register with us and connect with our team of experienced study abroad counsellors dedicated to helping you ace the tests this year.

How is TOEFL different from IELTS?

While both tests are English proficiency tests, there are several points of differences in both IELTS and GMAT. From the duration of the test to the types of questions asked and even the breaks that test-takers receive during the tests. It should be noted that both IELTS and TOEFL test the reading, writing, speaking and listening skills of the candidate in the English language.

Do Indian students need to attempt IELTS or TOEFL?

Yes, Indian students need to attempt IELTS or TOEFL tests if they plan to study at a university in an English-speaking country or enrol in an English-taught programme. It should be noted that some universities may simply accept the English language scores obtained during the previous academic programme. Therefore, check the English language programme defined by your desired university and course before sending in your applications.

Can I study in UK without IELTS?

Yes, all international students can study in UK without IELTS scores. However, if your primary language is anything other than English, then you will need to present valid and recognised proof of English proficiency by either providing an IELTS score or displaying 70% or higher in Class 11 or Class 12 English.