The US election results 2020 are out and international students in the US as well as those who are currently planning to study in the US are eagerly waiting to learn how Biden's victory will impact them along with the higher education sector in America, permanent residency, visa rules and regulations, and more. 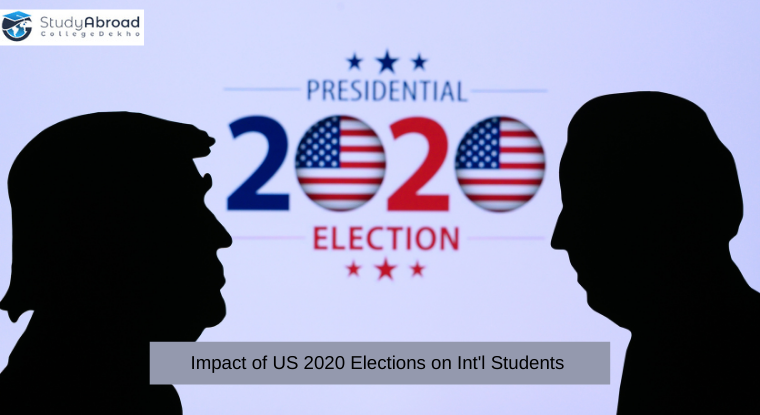 With the declaration of the US presidential elections 2020 results, countries around the world are keenly keeping track of the victory of Joe Biden would change the international education scenario in the United States.

With immigration being one of the hottest topics in US politics, especially after Trump came to power in 2017, international students whether in the US or their home countries had been hoping for Joe Biden’s victory. While Biden is a centrist Democrat who promises to do away with immigration restrictions introduced by the Trump administration, Donald Trump wanted to stick with his initial plan of restricting immigration had he won a second term.

Wish to Study in USA?

Although the immediate focus of Biden would be to handle the Covid-19 pandemic and rising cases in the country, after a little while he is likely to focus on reversing most of Trump’s immigration policies and reinstate those put in place by the Obama administration.

Indian students in the US are majorly concerned about issues such as limited employment opportunities in the country, the annual cap on H-1B visas, rigid immigration policies, which they hope would be addressed after the November 2020 elections. That being said, the Coronavirus situation in the US is, with no doubt, the foremost point of concern for overseas students planning on studying in the US.

Regarding obtaining visas, Biden has stated that he wishes to make both temporary and permanent work visas more accessible to all.

Currently, the total number of Green Cards that are allowed to be issued to Indians is 20,000. With respect to this, Biden’s campaign highlighted that he will work towards increasing the total annual cap on visas granted to permanent, employment-based immigrants. This would further do away with unacceptably long backlogs.

Biden’s manifesto also mentioned that he will work with Congress to increase the number of employment-based visas, which is currently capped at 140,000 per year. This would help deal with the existing unemployment problem in the US.

He further wants to do away with visa caps and automatically give green cards to international students studying PhD in science, technology, maths and engineering in the US.

With India and the US enjoying bipartisan support, it is also expected that the US administration would try to accommodate the concerns of Indians on all fronts. Biden is also proposing more initiatives through the federal government’s Task Force on New Americans which would set up local offices to provide resources for the US education system and more employment opportunities.

Contribution of International Students to US Economy

These foreign students further supported a total of 458,290 jobs during the 2018-2019 academic year. For every seven students coming from outside of the US, three US jobs are created and supported by expenses in the higher education, retail, transportation, health insurance, telecommunications, accommodation and dining sectors. 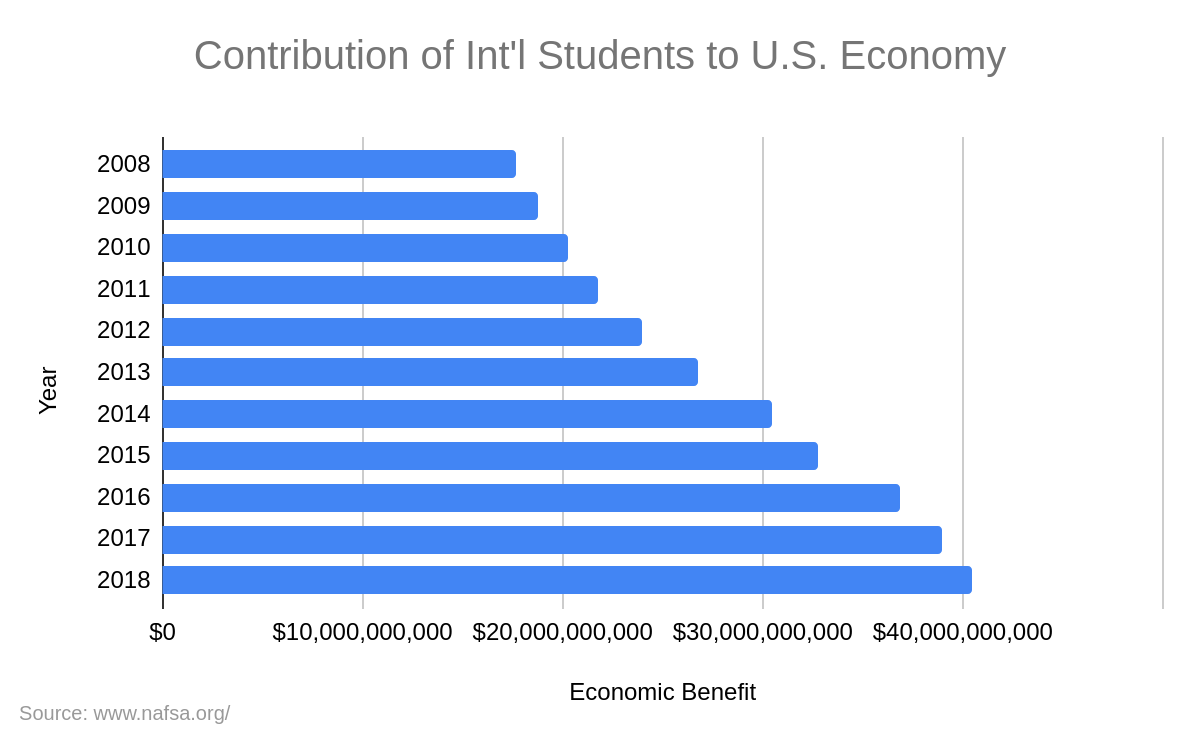 Foreign students, as compared to domestic students, pay higher tuition fees in many US universities and colleges, which indirectly or directly supports local jobs and real estate markets. In addition, international students are an important source of cultural diversity on campuses, bringing together different cultures, languages, knowledge and experiences. They further take part in driving innovation, strengthening national security, and becoming the best ambassadors across the world.

As far as India is concerned, the country was ranked #2 among the top countries of origin in the US, only second to China, during the 2018-2019 academic year. Indian students have played a crucial role in the US economy with an economic benefit of $8,137,000,000 in 2018, according to data put forward by the Institute of International Education (IIE).

Stay tuned to keep up with changes in the US immigration policies and higher education in the US. Also, have a look at the top universities in the US.

Write to us at abroad@collegedekho.com for further information or admission-related questions.