67% of Indian Students Want to Study in the US, Followed by the UK and France: Study

A report released by the fin-tech platform Prodigy Finance revealed that 67% of Indian students wished to pursue higher education in the US. In 2020, 20% of these students were from Maharashtra, 15% from Karnataka, 12% from Delhi and 8% from Telangana. 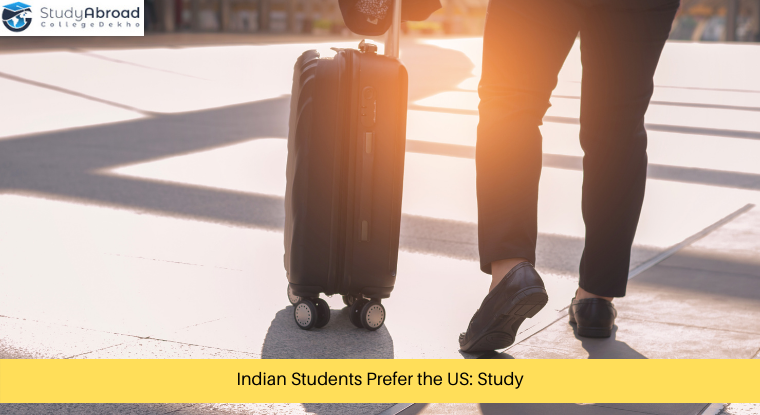 A recent report released by the fin-tech platform Prodigy Finance revealed that 67% of Indian students wished to pursue higher education in the US, followed by the UK and France at 8% each.

Despite the havoc caused by the Covid-19 pandemic, there was a 41% growth in international applications in 2020 compared to 2019. There has, however, been uncertainty among students who want to pursue higher education abroad due to financial instability amid the national lockdown in India.

Want to Study in the US, UK or France?

Notably, Prodigy Finance disbursed around Rs. 30 lakh in loans for higher education to each student in 2020. Also significant is that 55% loan disbursements were made in 2019 after a growth of 108% in 2018.

In a statement, Prodigy Fiance’s Country Head India Mayank Sharma said that students, parents and educational institutions across the globe have had to face several challenges in 2020. It further had an impact on the financial markets which led to limiting the amount of capital earmarked for students last year.

As countries have begun to gradually reopen their international borders in 2021 and roll out vaccination drives, an increase of 30-35% in international applications from 2020 can be expected, he added.

The fin-tech company has recently tied up with six international colleges to offer 1,000 postgraduate courses to Indian students. So far, the company has financially helped 20,000 students from all over the world. It is now aimed at helping 20,000 deserving Indian students in the next three years with loans worth over $1 billion.