Australia to Offer Emergency Funds to International Students During Lockdown

In a welcoming turn of events, the Australian Government has announced emergency funds for those working in the Commonwealth declared hotspots. Australian citizens, permanent residents and temporary work visa holders, including international students are eligible to receive funds while the area is under lockdown. 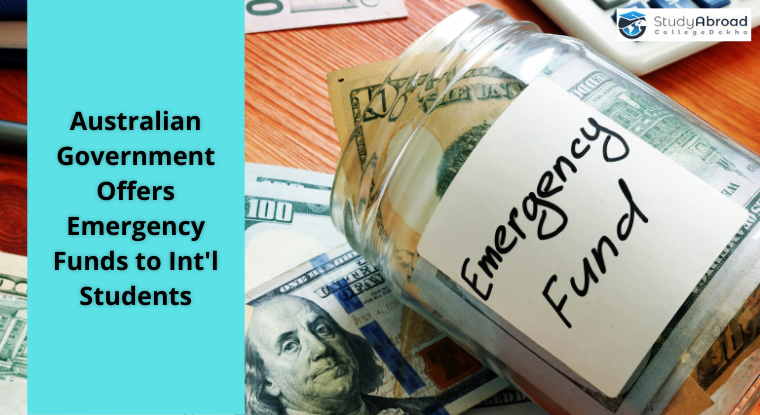 In a bid to offer support and help to international work visa holders, which includes international students, the Australian government has announced emergency funds temporarily for those affected by the lockdown.

The federal government released a statement, announcing that the workers residing or working in Commonwealth declared hotspot, for instance, the Greater Melbourne Area, are eligible to access these funds.

Also Read: Australia May Allow Migrants to Enter from Mid-May 2022

Ravi Lochan Singh, AAERI President, stated that the lockdown imposed in Victoria since the latest outbreak has affected the workers. He added that the Australian’s Government’s decision of including the temporary workers who may not have been full-time was a welcomed decision. He also added that the decision will further assist those employed in regular part-time and those in full-time work on the Post-Study work visa.

According to a statement from Belle Lim, the National President of the Council of International Students Australia, the move is a first from the federal government in acknowledging temporary visa holders and international students as eligible residents deserving equal rights and support in facing equal challenges during the pandemic.

Adding to her statement, Lim further pointed out that students were forced to decide between continuing their stay in Australia through the enormous difficulties and insufficient support or return home with no hope of returning to continuing their studies onshore.

Last year, many students stayed back in the country but were financially affected immensely due to the lack of part-time income and access to JobKeeper payment, she added. Additionally, students report skipping meals, compromising their living arrangements as a result of their worries of not completing the payment of their fees or even becoming homeless.

Robert Parsonson, the executive officer of ISEAA revealed a similar image of the state of affairs of the international student community within the first few lockdowns in 2020. With this decision, the Government is making up by including temporary visa holders that have become part of the vital labour pool in the Hospitality and Tourism industries.