Average International Undergraduate Tuition Fee Up by 4.9% in Canada 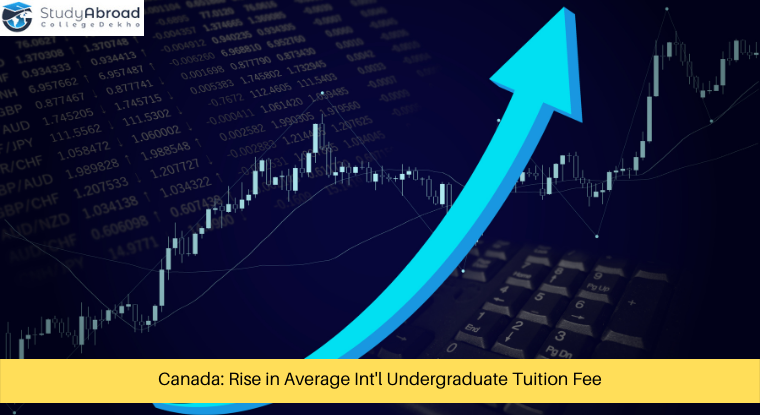 Canadian higher education institutions have recorded a 4.9% increase in the average international tuition fee students pay for undergraduate courses, according to Statistics Canada.

Currently, the average international undergraduate tuition fee is $33,623 which is roughly three times more than what Canadian students pay.

In the 2020-21 academic year, there was a 7.1% increase in the average tuition fee paid by international undergraduate students.

However, there has not been blanket rises across the country.

For graduate programs, the national average fee increase for international students was 3.6%, to $20,120 in the 2021-22 academic year. In addition, the fees did not witness an increase in Newfoundland and Labrador, while Saskatchewan saw the highest fee rise of 16%.

In the last academic year, of the total $40.2 billion revenue received by institutions, $12.7bn was from tuition and other fees, according to the survey by Financial Information of Universities and Colleges.

Revenue generated from tuition and fees compared with the previous year was up by $476.1 million.

We will help you connect with the best universities around the world.

Statistics Canada, the tuition fee increase is partial because of the rising number of international students enrolled at Canadian universities and the higher tuition fees they pay.

Meanwhile, funding from provincial governments has been declined.

He added that a combination of institutions trying to make up for long flat funding from provincial government grants for decades.

COO at Illume Student Advisory Services, Mike Henniger revealed a few factors involved in the situation. The first being institutions feeling raising tuition will not be able to recruit students, the second being institutions in a budget behind due o the COVID-19 pandemic.

Among one-third of the international students were enrolled in courses in the fields of business, public administration and management in the last five years. On average, they paid $32,460 in tuition fees in 2021-22.

Since 2016, around two-thirds of international students were enrolled in undergraduate courses.

Statistics Canada also pointed that over 12% of international undergraduate students were enrolled in full-time engineering courses paying an average tuition fee of $33,377 in 2021-22. The same was only 0.4% a year on average of international students studying professional degree programs.

For law, the average tuition fees for international students is $38,110 and $66,503 for veterinary science.