An annual Application Trends Survey conducted by the Graduate Management Admission Council (GMAC) found that overall, there has been an increase in the number of applications received for 67% of over 1,000 programs at 325 institutions, most of which were for business master’s programs. 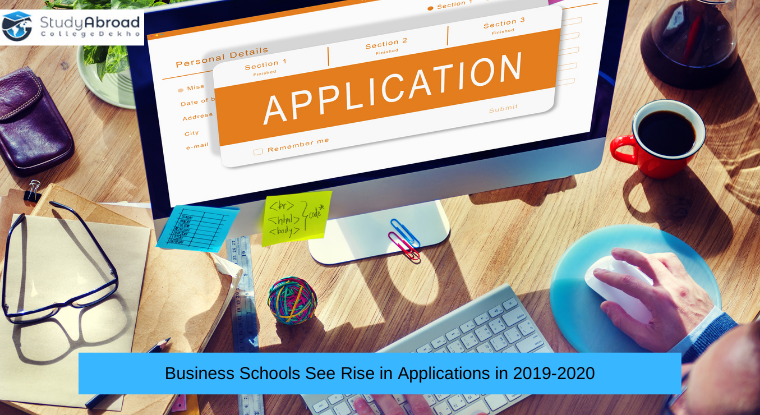 An annual Application Trends Survey conducted by the Graduate Management Admission Council (GMAC) found that overall, there has been an increase in the number of applications received for 67% of over 1,000 programs at 325 institutions, most of which were for business master’s programs.

Released on November 10, 2020, the 2020 report showed growth trends with an emphasis on international students enrolling at higher education institutions across Canada, Europe, United States and the Asia Pacific.

The report highlighted that the applications at participating institutions rose by two-thirds from 2018-19 despite the Covid-19 pandemic. The GMAC pointed out a number of reasons for the same including flexible admission processes adopted by B-schools and extension of deadlines to boost acceptance rates. The extended application deadlines gave a chance to students impacted by the economic downturn to apply to a business school.

The US recorded a 61% yield rate, which refers to the percentage of students that enrol divided by the number of accepted students, a 1% increase from the previous year. The Asia-Pacific region, however, saw an 11% drop in the yield rate. 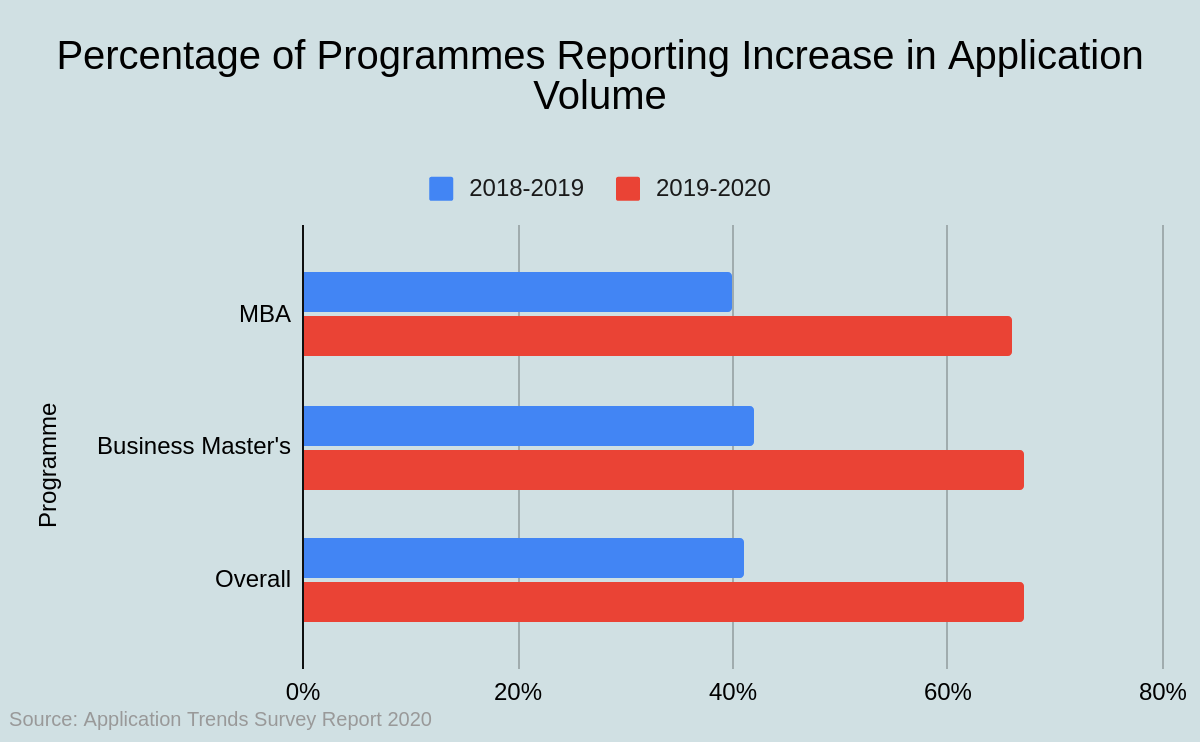 Overall, the report highlights that Canada, Europe and the US registered a 6.5%, 20.8% and 14.7% increase in the year-on-year change in total international applications. On the other hand, applications across the Asia Pacific region fell by -5.9%.

GMAC’s Director of Industry Insights & Research Communications Rahul Choudaha said that the application season in 2020 was marked by students and business schools making decisions with “imperfect and uncertain information”.

Schools in the US saw the highest growth of 42%, largely due to the massive demand among domestic students amid the pandemic.

There has been over 21% increase in the number of applications for 43% of the business masters programmes, with Canadian and European schools witnessing the highest growth.

60% of schools in Canada saw a rise of over 21% in the number of applications for international business masters programmes, followed by 52% in the Asia Pacific region, 51% in Europe and 31% in the United States.

Choudaha also mentioned that application numbers across the Asia Pacific widely vary from each other, unlike other regions. As pointed out by him, the reason for the same is the diversity and country-level differences in the region.

In Hong Kong, applications decreased due to the Q4 protests, followed by the onset of the pandemic in mainland China.

Similarly, in India, the economic downturn is likely to have an impact on its application volume. With China and India being the two largest countries in Asia, the rest of Asia could not be able to make up for the decline (-7%).

The report further noted that only 35% of the Asia pacific schools allowed students to defer their entries, while in the US, 61% of the schools did not permit students to do the same.

Choudaha added that international students wishing to study in the US tend to incline even more toward brands and reputation during times of economic uncertainty.

A survey conducted in 2019 highlighted that interest of international students in studying in the US had been declining last year.

With the victory of Joe Biden in the 2020 US Presidential election, the demand from international students is likely to recover from 2021 as Biden promises to create a more welcoming environment for students from outside of the US.

In a pre-election poll, around 24% of international students said that they would be more interested in pursuing graduate studies in the US if Biden were to win the elections, Choudaha continued.

This would further intensify the competition between study destinations such as Canada, Western Europe and Australia which have seen an increase in the influx of international students since the 2016 US presidential election.

Stay tuned for the latest news and updates on international education!