Canada welcomed around 39,500 new immigrants in July 2021, even higher than the 37,500 admitted in June. In total, Canada has welcomed around 184,000 new permanent residents so far this year. 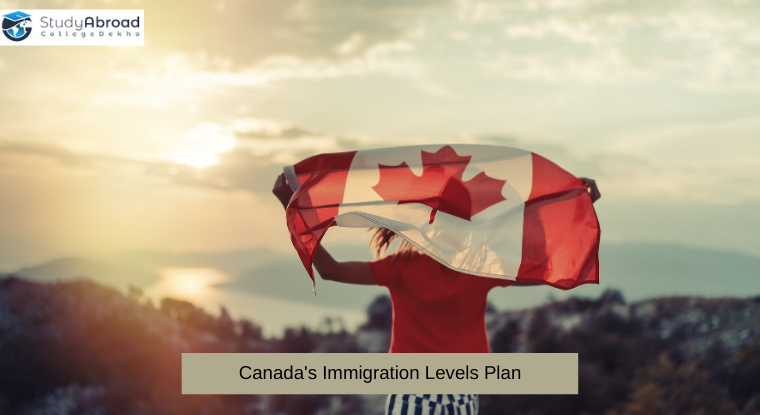 Update: The federal government of Canada revealed that Canada welcomed around 39,500 new immigrants in July 2021, thus remaining on track to welcome 401,000 new permanent residents this year.

July’s record is even higher than the 37,500 new immigrants admitted in June.

The number of new residents welcomed these two months are higher than usual and are among the highest monthly totals in the history of Canada.

To achieve the target under the Immigration Levels Plan 2021-23, the country will have to welcome 217,000 more newcomers in the remaining months of this year, which amounts to a monthly average of 43,400.

Although said to be difficult, there is a chance that Canada can achieve the target.

Immigration, Refugees and Citizenship Canada (IRCC) has a number of things going on to make sure that it achieves the target or come close to it by the end of 2021.

Following the ease of travel restrictions in Canada on July 21, around 23,000 additional Confirmation of Permanent Residence (COPR) holders have been registered who can now move to Canada.

Moreover, anyone who has been newly approved for Canadian permanent residence can move to Canada.

Canada welcomed over 35,000 new permanent residents in June, making it the strongest month amid the pandemic, according to Marco Mendicine, the Immigration Minister. The Candian government had earlier announced to welcome at least 401,000 new immigrants every year, starting 2021 under the Immigration Levels Plan 2021-23.

The minister, a recent Globe and Mail article, said the country was going strong to achieve its goal to land 401,000 new permanent residents this year.

The current target is the most ambitious in the history of Canada. It was only once that Canada saw an influx of 400,000 immigrants, which was in 1913. This plummeted right after the First World War started.

The department of Immigration, Refugees and Citizenship Canada (IRCC), in a follow-up email to the CIC News, said its preliminary numbers showed that the country welcomed 35,700 immigrants in June, which is significantly higher than the totals in recent months.

As of now, Canada has welcomed around 143,000 new permanent residents this year.

In order to achieve the target, it should land another 258,000 immigrants, amounting to an average of 43,000 per month in the remaining months of the year.

In case the second half of 2021 sees similar figures, it would at best welcome 320,000 new permanent residents which is below its target.

However, the picture may be different because of a number of factors. One of these is that 23,000 additional holders of Confirmation of Permanent Residence are now eligible to travel to Canada after travel restrictions were eased on Jun 21, 2021.

IRCC also launched six new permanent residency streams, enabling around 90,000 international student graduates and essential workers to stay in Canada. It plans to process soe 40,000 of these applications by the end of 2021.

The department has also been breaking various Express Entry records throughout this year as it keeps Canadian Experience Class (CEC) candidates on priority.

As per IRCC, around 90% of CEC candidates currently reside in Canada which makes it easier for them to transition to permanent residence amid the pandemic than those abroad. It has already issued close to 100,000 Express Entry invitations this year, which is somewhat double the invitations issued around the same time in 2020.