While 50% of Indian students prefer Canada due to its flexible immigration policies, 40% of the students chose the US, pushing it to second place followed by the UK. Australia turns out to be the least popular with Indian enrollments down from 80,000 in 2019 to 40,000 this year. 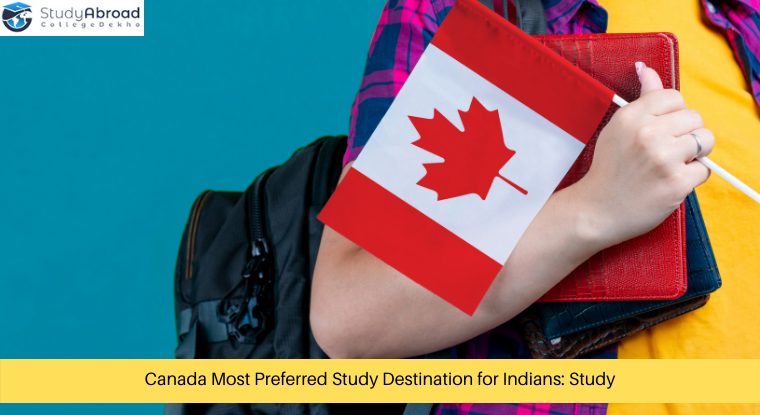 According to a new survey, Canada is the most preferred study destination for Indian students and Australia turns out to be the least popular as Indian enrollments have gone down from 80,000 in 2019 to 40,000 this year.

The US has dropped to second place followed by the UK. While 50% of Indian students prefer Canada due to its flexible immigration policies, 40% of the students chose the US, says the new survey by The WorldGrad.

The study also revealed that 81% of the students want to study abroad while 19% of the students have dropped the idea of studying abroad or delayed their admission due to reasons such as the Covid-19 related travel restrictions.

A whopping 95% of the students believe that getting fully vaccinated in India will make it easier for them to travel abroad whereas 75% of those who have delayed their plans stated financial constraints due to the pandemic as a major factor.

The study included over 20,000 undergraduate students who were surveyed to get insights into their study abroad plans.

Further, it highlighted that only 5% of the students have been offered admissions so far while 76% were either still looking for study options are in the process of applying. This was attribute to the series of delays in the announcement of board results which led to students being unable to start the fall term and delaying it to next year.

Co-founder of WorldGrad Abhinav Mital, commented that it was quite evident that the Covid-19 pandemic was not in favour of the study abroad aspirants. However, the survey revealed that students were still motivated to study overseas and pursue their dreams.

Make Your Search for the Right Bachelor Program in Canada Easier!