Canada’s New Pathway to Residency for International Graduates Reaches 40,000 Quota in a Day

Eligible candidates for Canada's new international graduate stream were allowed to apply from May 6, 2021 at 12:00 pm through the official website of IRCC and the limit was reached on May 7 at 13:01 pm. This pathway from temporary resident to permanent resident is for certain temporary residents who are currently employed in Canada along with their families. 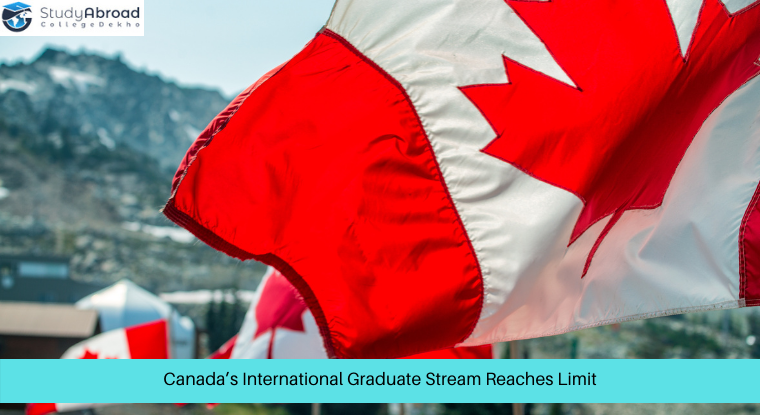 Canada’s new pathway to offer permanent residence to 40,000 international graduates reached its quota in over a day after going live. Eligible candidates were allowed to apply for the same from May 6, 2021 at 12:00 pm through the official website of IRCC and the limit was reached on May 7 at 13:01 pm.

This opportunity was part of a bigger initiative to provide permanent residency to more than 90,000 essential workers and international students with skills and experience that Canada needs to revive its economy.

To be eligible for the international graduate stream, applicants had to have completed a post-secondary program in Canada within the last four years and not before January 2017.

Marco Mendicino, Minister of IRCC, said that the pandemic had highlighted the talents and contributions of newcomers in essential jobs, as cooks, cashiers and caregivers. With the pathway, the Canadian government wants to acknowledge their work and key role in the economic recovery.

He added that this will allow them to become permanent residents of Canada and contribute to the economy actively.

Wish to Study in Canada?

Individuals may be eligible for the same if they have work experience in Canada, doing an essential job in the health or health services field, or if they have recently graduated from a post-secondary institution in Canada.

The pathway is divided into six streams, three of which accept both English and French-speaking candidates and the rest of them earmarked for French speakers.

A Twitter user said that the payment system had failed on the very first day of applications.

Another aspirant pointed out that the application guide was released only one day before and within 24 hours, the quota had been reached.

On the other hand, there is no cap for French speakers who have graduated from a Canadian institution. The portal will remain open until November 5, 2021 or till the limit has been reached.