Looking at achieving their immigration targets that were set in October last year, the Canadian government emphasised its importance for a new pathway that can help in offering as many study permits to international students as possible before the start of the Fall session this year. 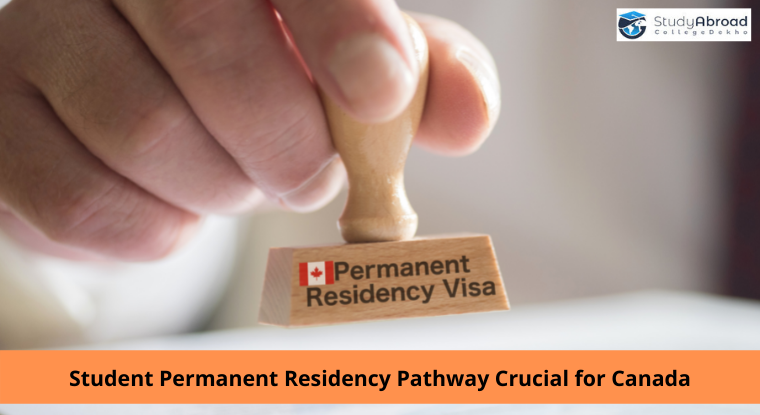 During the entire pandemic, Canada has been one of the pioneering countries in facilitating immigration, students and workers alike. The Canadian government has recognised the importance of international students and their role in helping Canada meet the immigration targets.

Commenting during a webinar, Mary Ng, the Minister for International Trade stated that the government is dedicated to simplifying the study permit process and ensuring that as many students as possible continue their studies in Canada from Fall 2021.

Mary Ng spoke about the importance of the new pathway to permanent residency for international students in Canada. She added that the pathway was “a key pillar in the government’s commitment to welcoming over 400,000 new permanent residents per year.” She states that this is the highest commitment to increasing immigration in the history of the country.

With the pandemic wreaking havoc across the globe, the country was unable to meet the immigration target set for last year. The government had highlighted its plan of bringing in over 1.2 million immigrants over than span of three years. The plan had been put in place due to the low birth rate in Canada. A Navitas survey revealed that agencies have chosen Canada as the top destination over countries such as the UK.

Sonja Knutson, Director of Internationalisation Office at the Memorial University of Newfoundland emphasised the importance of postgraduate work and permanent residency streams are crucial for higher education institutions in Canada, apart from universities in Montreal, Vancouver, Calgary and Toronto, further adding that “we need these students.”

Knutson added that while postgraduate work permit flexibility was welcomed, one of the issues with IRCC and their processes was its dependence on third parties. She added that English Proficiency and Biometrics were still unavailable currently, but the other processes in other countries were in-person.

Also Read: Indian Students Paying Up to $4,000 to Land in Canada Amid Travel Ban

Sources revealed that economists have questioned the idea behind increasing immigration at a time of high unemployment and challenges related to the lack of interest from the international community to live outside popular destinations such as Vancouver and Toronto. However, universities, especially regional universities are satisfied and have welcomed the move.

Additionally, the universities have been working towards increasing the acceptance of international students with respect to procuring work experience. The Vice Provost and Associate Vice-President of Simon Fraser University, Rummana Khan stated that their focus has shifted over the last five years, wherein the universities have been working towards moulding international students as per the Canadian workspace.

She added that this shift will help students access both on-campus and off-campus job opportunities, equally. She emphasised the importance of enhancing job opportunities for international students who were studying remotely and have just arrived in the country since their employment opportunities have shrunk as well.

Rummana Khan also emphasised the need for all the sectors to work together along with the government to figure out a way to increase the employment opportunities for international students who are in need of Canadian work experience.