The Canadian immigration minister, Sean Fraser, in a tweet, announced that Canada will be accepting invitations for Express Entry draws from July 6. The invitation to apply for permanent residency through the FSWP, FTWP and CEC programmes is set to resume after 18 months. 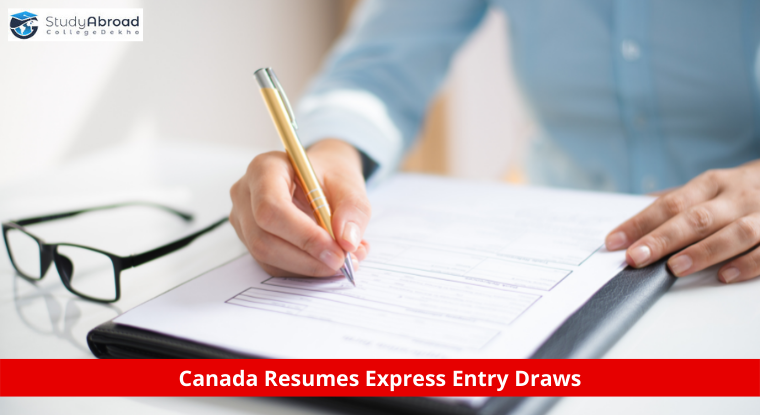 Canada is presently facing over 1 million job vacancies. The Express Entry pathway is the tool government intends to use to fill up its millions of job vacancies.

Job sectors that are facing higher vacancies shall be filled up first. These sectors are construction, scientific and technical services, transportation and warehousing, finance and insurance, entertainment and recreation, and real estate.

With 89,900 job vacancies, the construction sector saw an increase of 5.4% in April from March 2022. The rate of increase was about 45% in comparison to the figures for April 2021. The health care and social assistance sector saw a decrease in the number of jobs available.

Meanwhile, the accommodation and food services sector has recorded a growth of 10% since February in employment.

Canada is facing a huge labour shortage as its older workforce (55 years or above) retires but younger people are joining at a diminished rate. According to an RBC survey report, one-third of the Canadian workforce is retiring early.

Also Read: India in Talks With US, UK, Canada, Other Countries on Student Visa Delays

IRCC has invited 1,500 applications for Express Entry Canada. The applications shall be processed at a normal processing time of six months.

Under the Express Entry program, IRCC last issued 5,000 Invitation to Apply (ITAs) in 2020.

Over the course of the pandemic, Canada was forced to shut down many of its permanent residency programmes. However, as they slowly recovered, Canada removed its restrictions one at a time. Recently, the last remaining pandemic-induced immigration restrictions were lifted by resuming the Express Entry draws.

Also Read: India in Talks with US, UK, Canada, Other Countries on Student Visa Delays

However, concerns over the delays caused in application processing in Canada have been raised. Official records highlighted that the IRCC was, as of July 6, facing a backlog of 2.4 million applications for immigration.

Nevertheless, the Prime Minister of Canada, Justin Trudeau announced the formation of a new task force to handle the processing delays, last month. In his statement, he acknowledged the unacceptable service delays, especially this year but also promised to put in continued efforts “to improve the delivery of these services in an efficient and timely manner”. With the help of the newly formed task force, Trudeau stated that Canadians will receive the high-quality services they need and deserve.

Wish to Study in Canada?

Study MBA in Singapore Without GMAT: Top Universities, Eligibility, How to Apply

Is it Worth Taking a Loan for Higher Education Abroad?