Canada is now attempting to resolve a visa backlog of over 2.1 million applications, causing processing delays for overseas students travelling to Canada. 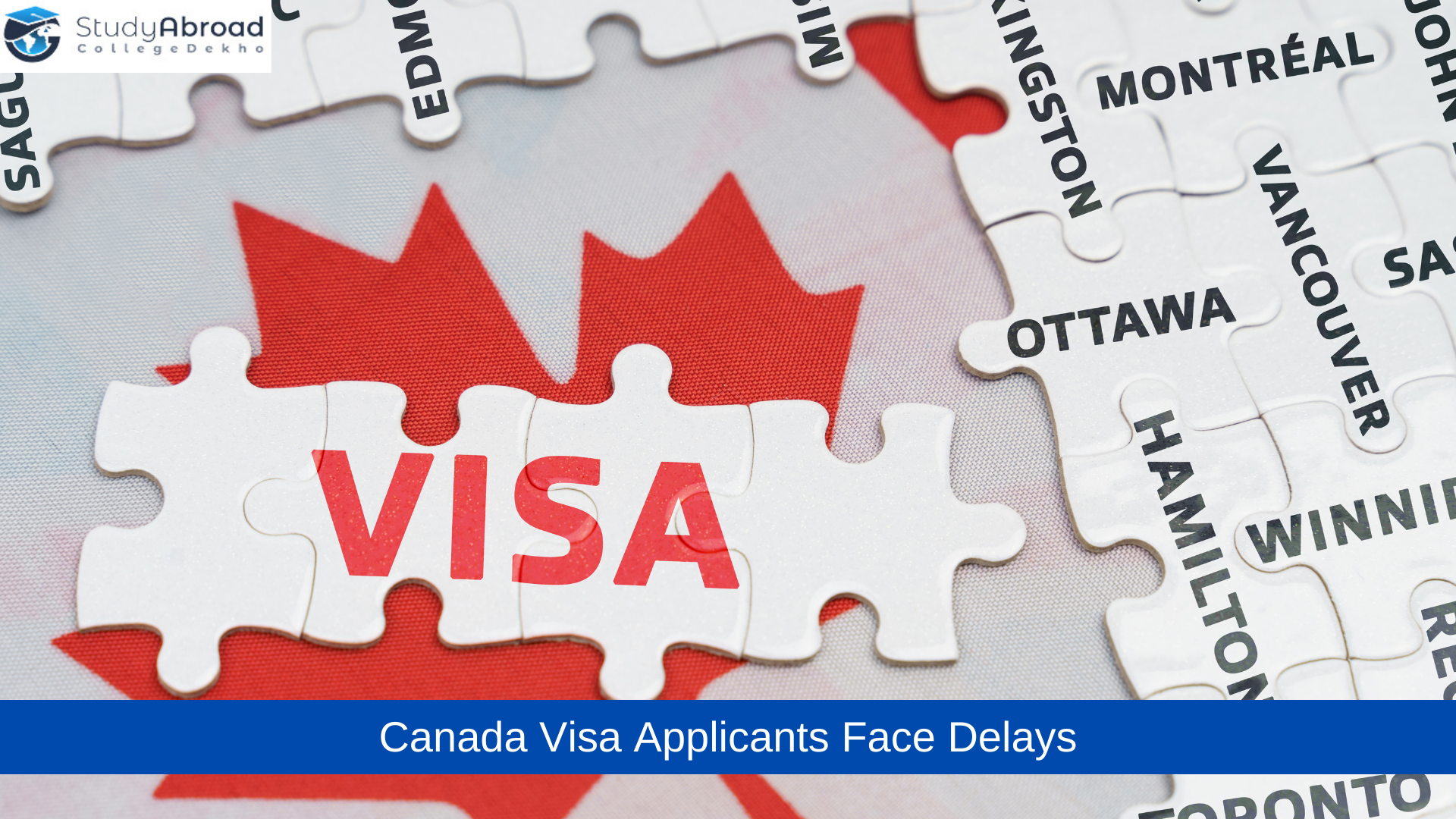 Canada is witnessing a visa backlog of more than 2.1 million applications, causing significant delays for international students including those from India who are looking forward to studying in Canada.

Many applicants have not received their visas until their course was through. The huge increase, according to Nancy Caron, public relations advisor for Immigration, Refugees, and Citizenship Canada (IRCC) is due in part to the introduction of the 'temporary residence pathway' Canada-Ukraine Authorization for Emergency Travel. Its purpose is to bring as many Ukrainians as possible to Canada.

The Home Office in the United Kingdom has stated that it is prioritising visas under the Ukraine Family Scheme and Homes for Ukraine applications, which has resulted in student visa processing time delays.

While waiting for their Canada study visas to be approved, many international students and the education businesses that aid them have found themselves in difficult situations.

At the moment, student visas take 80-90 days to process. As a result, obtaining all of their documents in order to apply more than 90 days in advance is difficult. Despite the fact that many businesses have streamlined their systems to assist students in organizing their applications so far in advance, many students have not gotten their visas until their course has already begun.

Because some courses are not available in a later session, this has caused problems with refunds and programme deferrals.

Some argue that this problem is peculiar to India because of the huge demand for Indian international students. According to India's Ministry of External Affairs, there will be about 215,720 Indian overseas students studying in Canada in 2021.

In total, Canada will accommodate roughly 622,000 overseas students by 2021. A record-breaking figure was given by IRCC’s monthly statistics.

According to Philipp Reichert, UBC's director of Global Engagement, the University of British Columbia, like many other Canadian universities, has experienced a rise in the number of international students accepted into its programmes in recent years.

Visa processing delays, according to Reichert, are impacting a lot of Canadian educational institutions. He also stated that IRCC has made "major investments" in Canada's worldwide visa processing and that they are considering an overhaul of the application process to speed it up in the future.

He also stated that the university is aware of the ongoing study permit processing delays, which may affect existing and prospective students.

Furthermore, processing delays can have an impact on anything from travel preparations to finalizing decisions on which university to attend to finalizing planning for the start of term, such as finding accommodation for individuals living off-campus. These challenges are understandably stressful and upsetting for students and their families.

He said that teams at UBC's Vancouver and Okanagan campuses provide a full range of services, including regulated immigration advisors and consultants who assist international students with the visa application process.

Reichert also stated that it is their understanding that international students hoping to study in major destinations such as the UK, US, New Zealand, and Australia are also experiencing visa processing delays due to a variety of factors, including the pandemic backlog and events in Afghanistan and Ukraine.

Processing delays are affecting universities across Canada, as well as other types of applications like work permits and permanent residency.

According to Reichert, students who must conduct their studies virtually outside of Canada are nonetheless eligible for Canadian post-graduation work permits.

Although Canada has yet to see the impact of these delays on the upcoming fall term, he advised students applying for a study permit to apply as soon as possible, ensure that documentation is complete and specific, and connect with their respective universities for assistance with any questions or for the most up-to-date information.

Connect with Us Now!

How to Convert GPA to Percentage?

How to Convert SGPA into Percentage?

Weightage of GPA vs GRE Score for University Abroad