After a year of pause on the PNP draws for permanent residence in Canada, several provinces resumed the draws and have published the results of the draws. A large number of eligible candidates under the Express Entry category and other categories were invited to apply for provincial nomination. 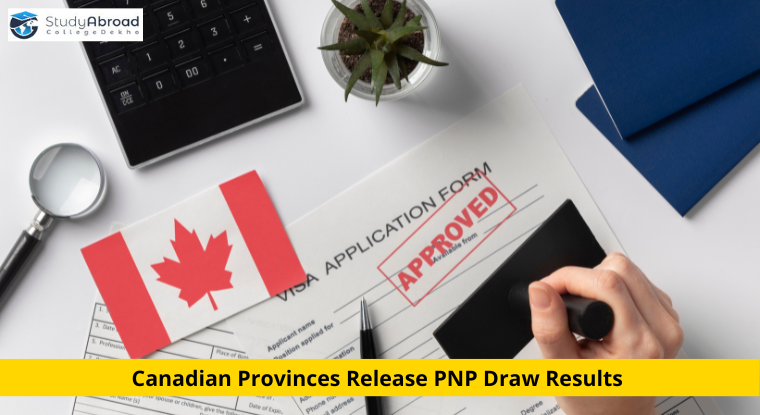 Launched in 1998, the Provincial Nominee Programme allows interested candidates to migrate to Canada as skilled workers under Express Entry. These draws are one of the better ways to increase your chances of becoming a permanent resident of Canada, however, it does not guarantee the status.

The year of its inception, the PNP draws saw only 400 immigrants, however, this number has now grown to 80,000 immigrants receiving PR every year in Canada. Both the federal and provincial governments see PNP draws in Canada as a definite solution and tool for the economic development of the country. Currently, almost all provinces and territories conduct individual PNPs, excluding Nunavut and Quebec, wherein, eligible candidates will be invited to apply for PR in Canada.

Check out this quick overview of the different territories and provinces inviting candidates to apply via the PNP draws this year.

British Colombia is usually known for holding PNP draws per week, wherein over 165 candidates received an invitation to apply for permanent residency through provincial nomination this year.

In addition, 55 candidates had submitted their profiles in the Express Entry System, while, the province invited 55 candidates from Ukraine to apply for provincial nomination.

The PNP in NOtario, commonly called the Ontario Immigrant Nominee Programme (OINP) sent out 33 Invitations to Apply, or ITAs in the Entrepreneur Stream, wherein, these 33 candidates had secured a score of 146-174.

The PNP draws in Saskatchewan, also known as the Saskatchewan Immigrant Nominee Program (SINP), invited 627 candidates to apply for provincial nomination. Close to 430 invitations had been sent out to Express Entry candidates, while a total of 195 candidates in Occupations In-Demand candidates received invitations.

To become eligible to receive the invitations, candidates under both categories needed a minimum of 69 Expression of Interest (EOI) scores. Additionally, candidates should have displayed work experience in one of the listed 20 occupations. The province also sent out two invitations to Ukrainian nationals to apply for provincial nominations.

Unlike other provinces, Quebec does not participate in PNP draws since it has increased autonomy over the immigration system in the province.

Candidates interested in migrating through Quebec’s immigration system are required to submit a profile to the province’s Expression of Interest pool, also known as Arrima. Once submitted, respective officials will invite eligible candidates to apply for a provincial nomination, commonly known as the Certificat de selection du Quebec.

Interested candidates are required to present profiles in the Arrima Expression of Interest pool with minimum scores ranging from 551 to 624 points depending on the intended occupations. Additionally, candidates can also present a valid job offer from outside the Montreal Metropolitan Area.

This year, 251 candidates were invited to apply under the Quebec Regular Skilled Worker Programme.

Planning your Higher Studies in Canada?

Study MBA in Singapore Without GMAT: Top Universities, Eligibility, How to Apply

Is it Worth Taking a Loan for Higher Education Abroad?