Even though the students are now allowed to enter Canada to pursue their higher education, the latest amendment that requires institutions to have their readiness plans approved, throws a wrench in the works, as the backlog of reviewing these plans is a cause for concern. 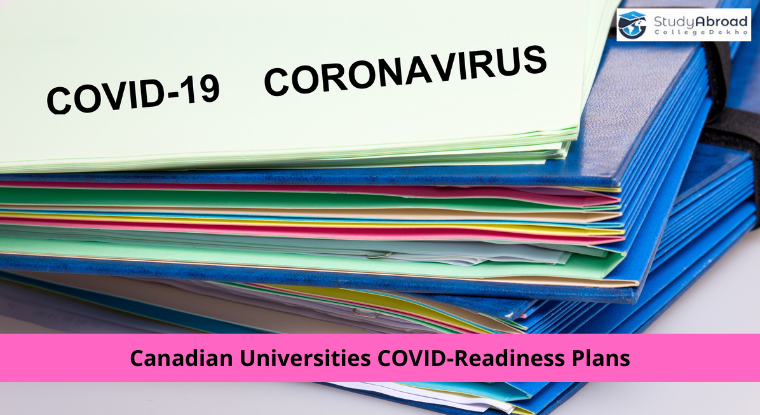 A few days ago, Canada had announced that all educational institutions and universities will be required to provide readiness plans to recommence operations on campus. As per Universities Canada, the Universities in Canada have been able to do a commendable job in producing “comprehensive and rigorous” readiness plans.

Nonetheless, various stakeholders have raised concerns over the amount of time required for the approval of the plans. Largely due to the immense backlog of plans that need reviewing by some government bodies, institutions have been warned that they may have to wait an unspecified amount of time.

Additionally, international students have been expressing their concerns and frustration over when their choice of colleges and universities will be added to the approved universities list.

Recently, the Immigration, Refugees Citizenship Canada (IRCC) has released an updated data regarding the approved DLIs from Canadian Universities. As per the data, many universities across Canada are still yet to have their DLI's approved, with certain provinces having a majority of their DLI's yet to be approved. Data from provinces such as British Columbia and Ontaria show that a large number of provides still awaiting their approval. Stakeholders have commented that such long waiting times as well as the delay in approving the DLIs is completely "unacceptable".

Sources state that this report is released at a time when the K-12 institutions in Canada have reported a loss of $220,000,000, as per CAPS-I, in tuition fee revenue. In a letter sent by Languages Canada, a need for the pressure on approving the DLIs must be increased so as to bring back the international students on campus. Languages Canada reported that currently, over half of their members, 53%, were updated on to the list. While over half of the members appear on the list, the data is still unsatisfactory, with provinces like British Columbia and Ontaria lagging behind, the letter stated.

As per the latest data available, a third of the DLIs provided have been approved, while the rest are still under scrutiny.

These are the number as per the data that has been updated on Nov 18, 2020. The next update is scheduled for December 1, 2020 and is expected to see many more institutions added to the list. Currently, the IRCC has not provided any data regarding the number of institutions who have submitted their DLIs, which may be the result of such low numbers in certain provinces.

In a statement from a spokesperson from UC, they stated that the organisation is satisfied with the latest developments and amendments brought forth by the Canadian Federal government, with regards to border restrictions. As of 20th October 2020, international students are allowed to travel to Canada for their higher education.

The Immigration, Refugees and Citizenship Canada had announced that the international students will be able to enter Canada from 20th October, provided their University or College has an approved COVID-19 readiness plan that has been approved by the local provincial or territorial government.

At the time, UC commented that the move highlighted the government’s testaments towards the importance of international students to the communities in Canada. IRCC had further claimed that the list of approved institutions will be updated regularly, just as the provinces and territories are able to classify schools that have prepared the readiness plans.

Tina Bax, the founder of CultureWorks, stated that the possibility of facing immense backlog by the different government bodies is inevitable. In other words, institutions would be forced to wait to find out if their plans have been approved or denied.

Speaking on efforts of Ontario’s Ministry of Colleges and Universities, Bax highlighted that the Ministry has been working hard at reopening schools and have been going the mile and then some to ensure education gets back on track.

She also highlighted the amount of work that goes on to deciding whether a readiness plan passes the required criteria and bodies involved in finalising and approving one readiness plan. She also added the efforts that local health units would need to put in to approve the readiness plans while also completing the COVID-19 tests. Bax called the entire processes as “a massive job”

Anushray Singh, the executive head of the North American Association of Indian Students at Canada, stated that due to the pandemic, students have lost a lot of time, as they have had to postpone their fall semester to the winter session. Adding to the complication, waiting for the institutions to be added to the list is causing further anxiety and worry among the students.

Further, most students have opted for loans to meet the financial criteria for visas and to complete their studies. Adding to these worries, a lot of the documents that the students possess are now outdated and now they have to update and receive newer documents, he added.

The psychological, emotional and financial stress that the students and their families are facing is immense, which is increased due to the confusions caused due to the entire process.

In a statement released by the IRCC, students were warned that they will not be allowed to board their flights or be turned away at the port of entry if the institution they enrolled in is not mentioned on the list, thus causing further anxiety.