Understanding the importance of vaccinating students to help protect society during such unprecedented times, the Cape Breton University Students’ Union has taken the initiative to help international students book their vaccinations. 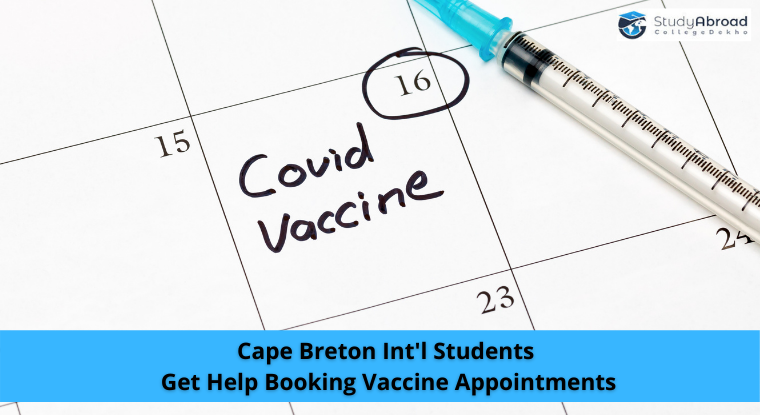 COVID-19 vaccinations have brought hope to people and their chances of resuming normalcy. However, the access to vaccines and their ability to be vaccinated is slowing down the process.

In Nova Scotia, international students are unable to receive a health card unless they have been living in the province for 13 months, which further restricts them from accessing the vaccinations.

Among some of the problems, Madlyn highlighted that the lack of minutes on their cellphones is one of the major challenges. She added that most international students max out at 60 minutes whereas the waiting time for the booking line is around 80 minutes.

While speaking to the CBC Radio’s Information Morning Cape Breton, Madlyn highlighted that a few international students work multiple jobs or have enrolled in summer courses, while many other face language barriers, all resulting in increased anxiety in students.

The Cape Breton University Students’ Union, on June 22, released a secure booking programme to help students overcome these barriers. In her statement, O’Brien stated that students need to submit their name, address, phone number and email address, which the union acquires from the students. She added that four union members then take turns booking the appointments which, after the students receive the email confirmation, can be changed via the booking portal to a time that is convenient for them.

She also pointed out that the students are willing to receive their vaccines, as “they know it is the right thing to do…”. However, regulations from the provincial government have restricted their access to the vaccines.

Concluding her statements, Madlyn O’Brien added that if more international students required help in booking their respective vaccine appointments, the union will either employ more people or look for volunteers to book the appointments.