Coast Community College District increases the tuition fees for out-of-state and international students studying in the colleges. While the impact of such changes can be negative on the affected parties, officials claim that the change is in line with policies and current trends. 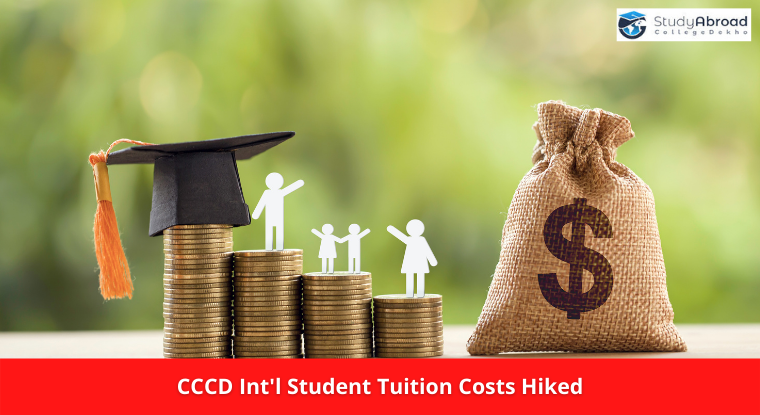 As per the new revision, international and out-of-state students will now be charged a tuition fee, amounting to $331 per unit for the current school year. Students categorised as California resident and AB 540 students are not required to pay tuition.

Previously, international and out-of-state students were charged $300 for the 2020-21 academic year’s cost of attendance, while the resident fees remain unchanged at $46 per unit.

Erik Fallis, the Director of Public Affairs at CCCD stated that while the fee hike will impact the out out-of-state and international students, especially those who do not receive any aid. However, the revised costs have been changed as per the costs of similar colleges and districts, he added.

Highlighting that the international students and out-of-state students enrich the community educationally and culturally, benefitting all students, faculty and staff, Fallis pointed out that the tuition fee increase for the 2021-22 academic year was compulsory as per policy.

At CCCD, the cost of education for California resident students is paid for by the state, thus being excluded from the increase. Sources state that the tuition for non-resident students will remain governed according to the state formulas as well as the local factors.

Fallis also highlighted that the Coast District had chosen to the lower of the two options for setting the direct education costs that added to a tuition fee of $307 per unit. However, additional charges that are borne by Non-resident students such as supporting the facilities and infrastructure hiked the price to $331 per unit.

Fallis, however, acknowledged the negative impact of increasing the tuition fees, especially during the pandemic among non-resident students. He added that the International Student offices, financial aid offices and other institutions will work towards supporting those affected by the decision.

Students wishing to seek financial support or need to clarify their doubts regarding qualifications in the matter can visit the Financial Aid webpage of Coast College District for more information.