The Ministry of External Affairs while answering Unstarred Questions during the Rajya Sabha Question and Answer session, revealed that over 10 lakh students can be found in over 85 countries. Top countries include the UAE, Canada and the USA among many others. 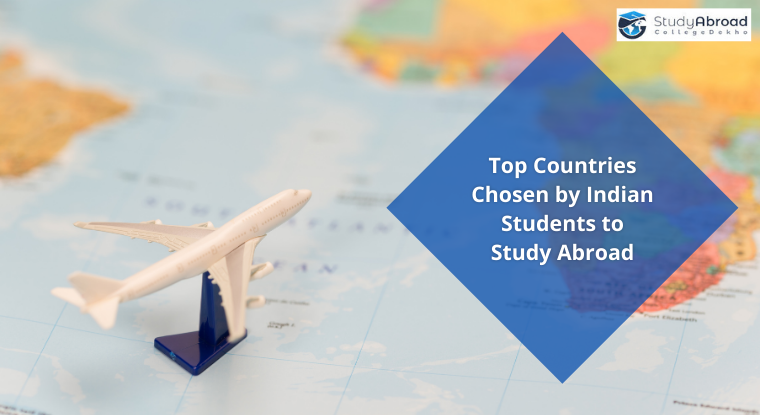 Travelling to countries abroad, engaging in different cultures and societies, studying and settling in countries abroad is a dream for many Indians, especially our students. In terms of choosing the right country or university in these countries can be a tasking activity. Questions as to which country offers the best living conditions for international students, which university offers the best scholarship opportunities and much more can become stressful.

The Ministry of External Affairs established the MADAD portal to help such aspirants plan their study abroad venture. During the Rajya Sabha Question and Answer sessions, the Ministry was asked to provide an answer to the Unstarred Question 410, which was answered by Shri V Muraleedharan, the Minister of State. 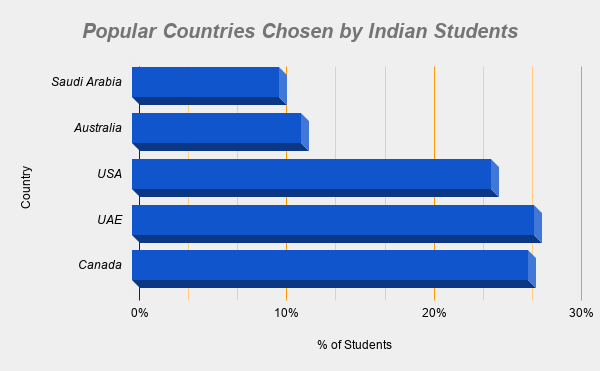 Highlighting the top countries chosen by Indian students as their study abroad destination, the statistics by the Ministry ranks UAE, Canada and the USA in the top three spots respectively.

Closely following behind are Australia and Saudi Arabia in 4th and 5th places, respectively. Included among the top countries chosen by international students include Germany, New Zealand, Oman, China, Ukraine, France, Russia, Georgia, Kyrgyzstan and Philippines that house Indian students to a total that are in 5 figures. As per Government numbers, a total of 10,90,219 students are currently enrolled in universities spread across 85 countries.

While the statistics revealed countries with the number of students pouring over 5 figures, countries such as Ireland, Poland, Jordan, Tanzania and Serbia are some of the countries where the number of Indian students barely goes over 4,500.