The Ministry of Health and Family Welfare (MoHFW) released a SOP for administration of second dose of Covishield for foreign students, Olympic bound athletes and those who have to take up jobs in foreign countries. 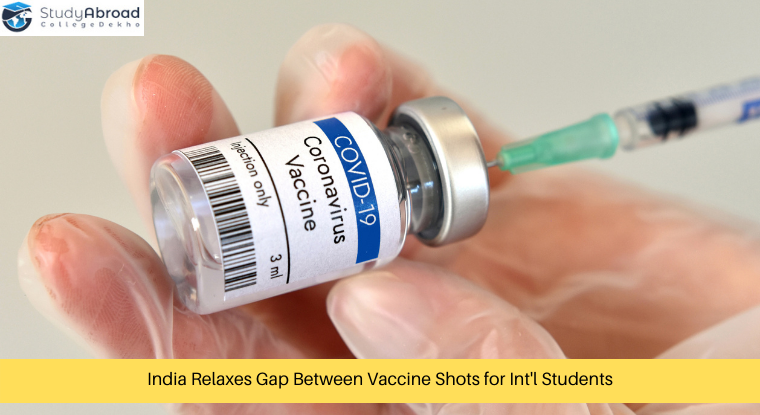 India’s Ministry of Health and Family Welfare (MoHFW), on June 7, announced that it will offer relaxation to certain categories of people in the duration between the first and second doses of Covishield vaccine. The Ministry has asked states to include students with study abroad plans and Olympic bound athletes under this category.

According to the release, the gap of 84 days between the two doses would be reduced, for which Standard Operating Procedures (SOPs) have been released.

This special vaccination dispensation will be offered to students who are going abroad for higher studies, individuals who will be joining work overseas and athletes, sportspersons and staff of Indian contingent attending the International Olympic Games which is to be held in Tokyo.

Authorities would conduct several checks to ensure authenticity of a request before administering the second dose of Covishield. They will also make certain that there is a gap of at least 28 days between the first and second dose.

The release further said that an applicant should hold a valid passport which is one of the permissible identification documents. This will also let the authorities get the passport number printed on the vaccination certificate.

Also, the competent authority may give another certificate so as to link the vaccination certificate with the passport number of the individual.

This facility will  remain available for eligible Indian citizens including international students until August 31, 2021. The same would also be integrated into the CoWin website.

A final decision on the said SOP was made during a discussion among the government's Empowered Group 5.

In the meantime, the Madras High Court has urged states and the Centre to prioritise vaccination of students. The government of Punjab, after Telangana and Delhi, has also announced to vaccinate students travelling abroad on priority.