Australian Prime Minister Scott Morrison held an emergency meeting to discuss the Omicron variant and preparations made by international students to come back to Australia. The meeting resulted in a decision that the December 1 reopening will be delayed by at least two weeks 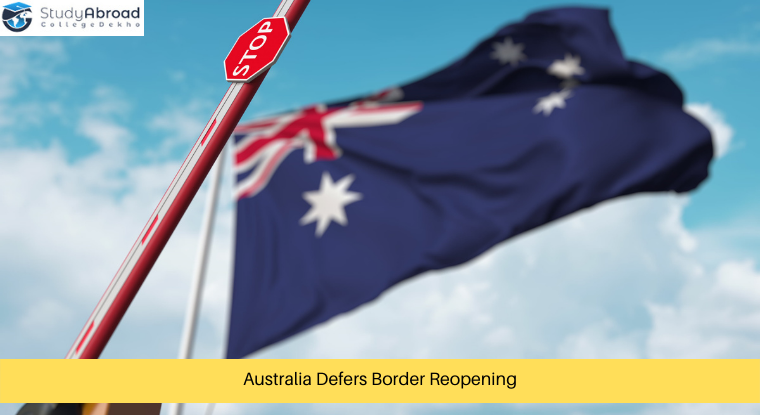 Australia has decided to defer the reopening of its borders for skilled workers and international students from December 1. This comes after fears over the Omicron variant have started to loom across the world.

Australian Prime Minister Scott Morrison held an emergency meeting to discuss the Omicron variant and preparations made by international students to come to Australia. The meeting resulted in a decision that the December 1 reopening will be delayed by at least two weeks.

PM Morrison has asked all students who were planning to come to Australia to wait and make the necessary arrangements.

At the meeting, he has called the delay a ‘necessary and temporary decision’. This deferral would allow the country to understand the new circumstances and take necessary steps depending on the efficacy of the vaccine, the range of illness and the level of transmission. He also talked of concerns over no information about the new variant.

So far, Australia has detected five cases of the Omicron variant.

The borders would remain closed for almost all non-citizens in the continued ban.

This decision would have an impact on international students from across the world, including those from India and skilled workers who want to return to Australia.

The country has had a ban on international borders for around 20 months now.

Earlier the Australian government had allowed the entry of international students and skilled workers from December 1. The same has, however, been put on hold for now.

Apart from India, the current border restrictions also apply to visitors from South Korea and Japan.

Want to Study in Australia? Find the Perfect University With Help from Our Experts!