Following an agreement signed on April 16, France's Emylon Business School has announced the launch of a new campus in Mumbai as part of St. Xavier's College. 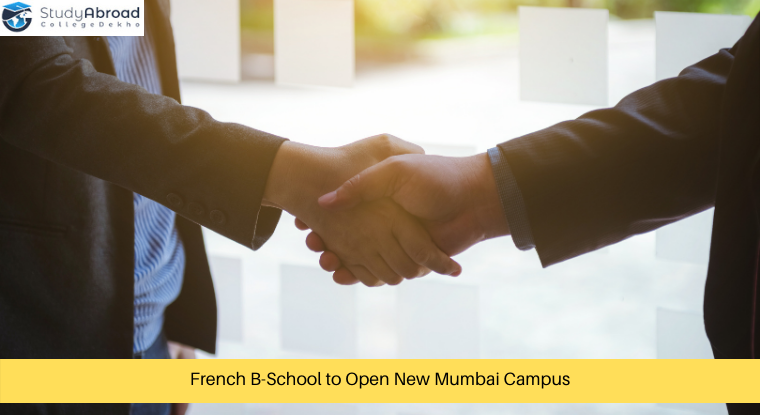 France’s Emylon Business School signed an agreement on April 16 to set up a new campus as part of St. Xavier’s College in Mumbai with a common vision to “hybridize competencies” and equip students with skills to address social and environmental issues.

The agreement was signed by the Dean and President of Emylon’s Executive Board Isabelle Huault and Rector of St Xavier’s College, Mumbai Father Keith D'Souza along with the presence of the French Consul General in Mumbai Mrs. Sonia Barbry.

Huault said that the new campus in Mumbai is an opportunity for the b-school to maintain its long-standing reputation in India and share the same values of “ academic excellence and social and environmental commitment” with St. Xavier’s College.

Father Keith D’Souza further commented that the collaboration would advance “international networking and collaboration” and help in establishing a “research, incubation and entrepreneurship hub”. The college is looking forward to a partnership that will benefit not just its students but also its communities and stakeholders.

In-charge of Emylon India Ashley Fernandes, while referring to the partnership, added that it will give both Indian and French students the opportunity to learn from an “international learning platform”.

She went on to say that being a French and an international citizen of India, she was specifically proud of the collaboration. She further thanked her alma mater for this commitment to Mumbai and India.

At present, Emylon Business School has six campuses across the world - in Shanghai, Saint-Etienne, Lyon, Paris, Bhubaneswar and Casablanca.

Want to Study in France?