A new initiative has been introduced for international students to begin their studies in their home country with a clear plan and pathway to come to New Zealand, says New Zealand Education Minister Chris Hipkins. 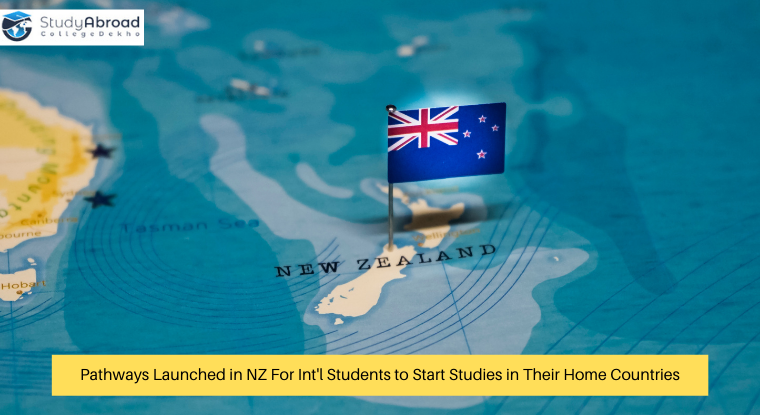 Most international students, with the exception of 194 PhD and postgraduate students, would not be permitted to enter New Zealand anytime soon. New Zealand Education Minister Chris Hipkins said that it is rather unlikely that foreign students would be allowed to cross New Zealand’s borders for at least another year.

He further added that border restrictions are likely to continue over the next 12 to 18 months, although the same restrictions might not apply. The government would try and do everything to create pathways for international students to enter NZ.

However, no specific timetable on when large numbers of international students can be expected to enter New Zealand can be put and things may be done differently, he continued.

Education New Zealand (ENZ), a government agency and eight universities in the country announced a partnership that will help international students from more than 30 countries to begin their study from home while borders are closed.

As per a press release, University Consortium (NCUK), headquartered in the UK will ensure world-class New Zealand education all over the world and develop a pipeline of overseas students to study in New Zealand whenever the right time arrives.

The study centres of NCUK will further pathway qualifications from December 2020, with intakes beginning in March 2021, to study at all of the eight universities in New Zealand. These pathways let foreign students begin their studies towards bachelor’s and master’s degrees from their home countries.

Hipkins added that the initiative offers more choice and flexibility to students willing to pursue higher education in New Zealand. The government of New Zealand believes that international education will play a crucial role in reviving the economy of the country amid the Covid-19.

Before the onset of the global pandemic, New Zealand’s fifth-largest export earner was international education, which also generated close to 45,000 jobs in the nation, he added.

Introducing this pathway also offers international students an opportunity to begin their studies in their home country with a clear plan and pathway to come to New Zealand, he continued.

ENZ Chief Executive Grant McPherson said that it is the biggest collaboration between international education and the university sector, till date and it is the first time that foreign students have been given the opportunity to start their New Zealand study offshore.

New Zealand has temporarily suspended applications for visas from outside the country on August 10, 2020. Also, almost all foreign travellers have been restricted from travelling to NZ for the better part of the year.