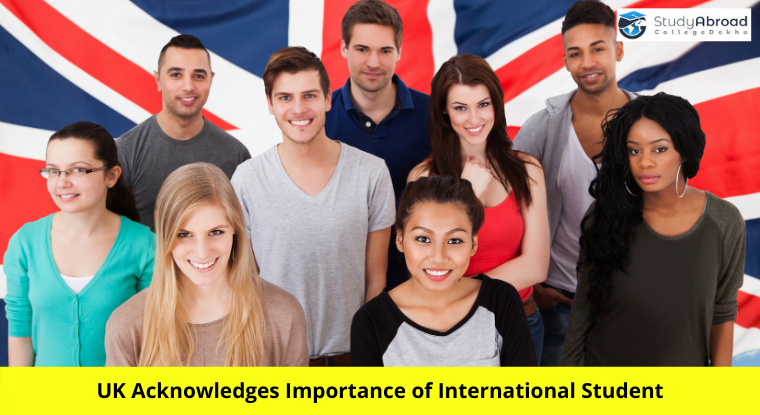 During the virtual event, which was a part of the week-long activities hosted by UKCISA, Smith had pointed out that the UK government’s motion towards cutting out the post-study work rights in 2011, saw a sharp decline in the number of Indian students in the country. He commented that the right signals had not been sent out through the decision of “restricting international immigration to come to university.”

During his visit to India, this point had been raised every time. He stated that the government listened to the concerns, realised that a change needed to be made and steps to make the change were also made.

For this reason, Smith motivated the students to use the #Weareinternational ambassador programme which is currently operated under the aegis of UKCISA. This will result in the government listening to concerns and issues raised by the international student community.

Smith stated that changes will be made quickly and some of the things may not be right in the first go itself. He stated that the contribution from the international student community is now “mission-critical”.

During his speech, Smith stated that the intention of the government is to remove obstacles and make the experience of international students easier and better. For this, the government needs to understand and be knowledgeable of all the obstacles faced by students.

While speaking on issues, such as travel plans for Christmas, that addressed all students, Smith also highlighted that an ongoing consideration was required for individual needs of the international students as well.

The International Student Ambassador, Nebu George asked for better support and career guidance for international students as well, in a bid to facilitate meaningful opportunities for students who opt for the new graduate immigration route.