16% Increase in International Enrolments in Canada in 2018-19

Statistics Canada revealed that public universities and colleges in Canada have seen a rise of nearly 48,000 in the number of international students in 2018-19 while the number of domestic students dropped by around 8,300. 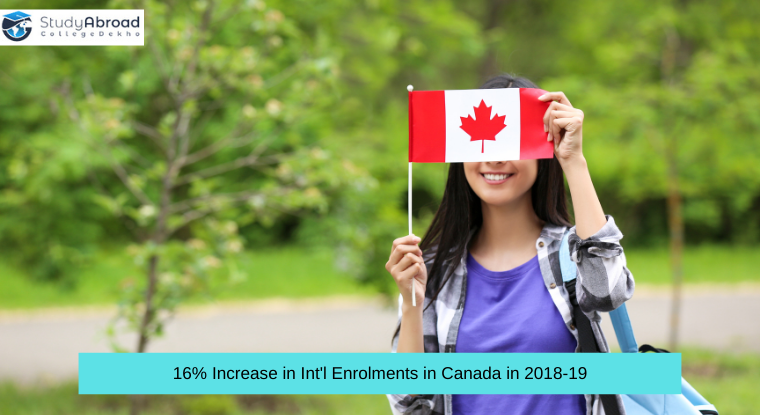 Statistics Canada, a Canadian government agency in charge of producing statistical releases every year, has revealed that public universities and colleges in Canada have seen a rise of nearly 48,000 in the number of international students in 2018-19. The number of domestic students, on the other hand, dropped by around 8,300.

The statistics highlighted that the continued participation of international students is significant for Canada’s post-secondary programmes although the current and long-term impact of Covid-19 on them is not yet known.

It said that students coming from foreign countries contribute to the viability of some programmes and also make campuses more socially and culturally diverse. They further contribute to the local economy by becoming a part of the pool of educated individuals, engaging in the workforce and obtaining permanent residency.

The Covid-19 pandemic has led international postsecondary students to experience changes made to the mode of instruction, with most universities shifting to online teaching along with travel restrictions and delays in the processing of study permit applications, it added.

In 2017-18, international students paid almost 40% of the total tuition fees although they accounted for only 15% of the total enrollments. In addition, they contributed nearly $4 billion to annual revenue in the same year for universities in Canada.

The most common fields of study were business, public administration and management in 2017-18 when more than 50% of the international in Canada came from China. This trend remain unchanged in 2018-19.

Over a period of 10 years, enrollments of international students in fields like business, public administration and management have increased by 217%.

While enrollments in humanities have increased by 106% among international students, the same has decreased by 25% among domestic students.