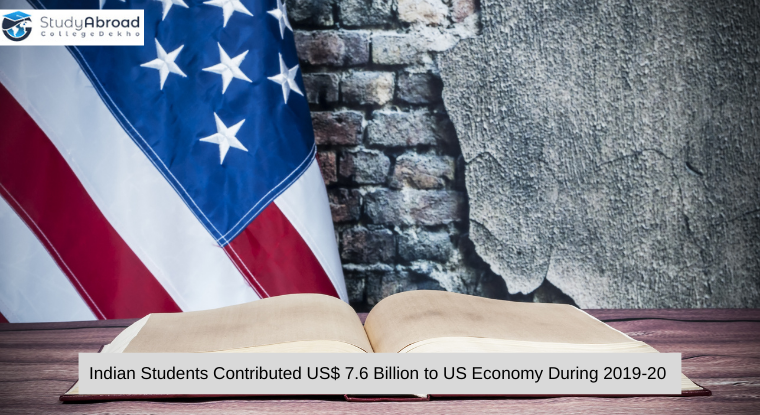 According to the Open Doors Report 2020, Indian students contributed a total of $7.6 billion to the US economy in the academic session 2019-20, although there was a 4.4% decline in the number of Indian students.

The report was released by the Bureau of Educational and Cultural Affairs (ECA) of the U.S. Department of State and IIE (Institute of International Education).

As per the report, the United States welcomed more than 1 million foreign students in an academic year for the fifth consecutive year.

Planning Admission in a University in the USA?

The US Department of Commerce put forward that international students in the US played a major role in the US by contributing $44 billion to its economy in 2019, with $7,69 billion from Indian students alone.

Marie Royce, Assistant Secretary of State for Educational and Cultural Affairs, said that they are encouraged to have hosted over a million international students in the US before the Covid-19 pandemic.

Royce further added that international student mobility is still considered extremely important and that the United States is the best study destination for students from across the world.

Also pointed out by the report was that Saudi Arabia recorded the largest percentage decline (-17%) due to changes made to its government scholarship program.

Among the top 20 countries of origin, the largest percentage increases were from Bangladesh (+7%), Brazil (+4%) and Nigeria (+3%).

Stay tuned for the latest news and updates on overseas education!