Indian students hoping to study in Quebec, Canada held a protest in April 2021 outside the General Consulate of Canada against significant delays in visa application process. The students also pointed out that the IRCC is not prioritising the visa applications of students who applied for their visas over 12 months ago. 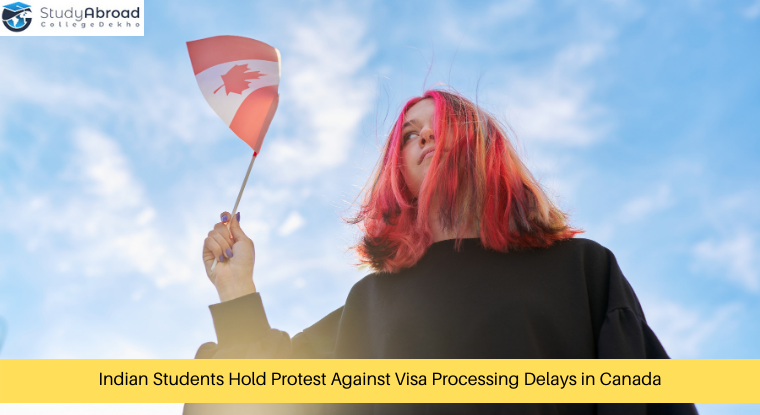 The Ministry of Immigration, Frenchisation and Integration, a government department in Quebec issued an order in late 2020 to suspend processing international applications at 10 institutions in the province because of “dubious” recruitment practices for international students.

Following the order, the ministry commented that it had resumed processing international applications on a temporary basis for those who had already submitted documents.

Students, however, said that they are still awaiting for their applications to be processed. They further held protests in Chandigarh at the General Consulate of Canada and gave applications to a staff member.

One of the students said that many of them had been attending virtual classes since Fall 2020 without the assurance of getting a visa. In addition, they had deposited tuition fees in those ten institutions.

The protestors said that they have not received any reply from the Canadian authorities, as of now.

A lot of students from institutions apart from those ten institutions in Quebec are also waiting for their visas to be processed. This includes institutions from other Canadian provinces and territories.

According to data compiled by The PIE News based on 519 students, 486 said that they had still not received PPR for study permit applications that they had applied for in 2019 or 2020.

It noted that students are facing delays from provinces and territories other than Quebec.

Reports from immigration consultants also pointed out that applications of some students who had applied for May 2021 or September 2021 intake have been processed.

Students are of the view that the IRCC is not prioritising the visa applications of students who applied for their visas over 12 months ago.

When the IRCC was asked to respond to the same, they denied to comment on it at the time of publication.

However, in a previous response, the IRCC had mentioned how the application process could have a mental health impact on international students who are waiting for their visa and that they should seek medical attention in their community.