Is Australia on Verge of Losing Thousands of Int'l Students to Canada? 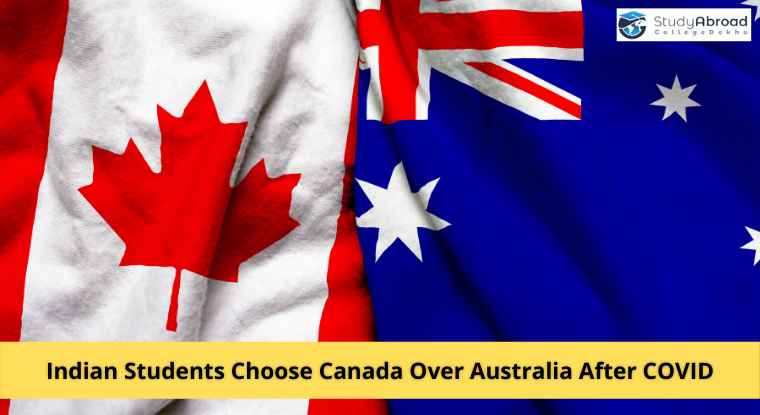 With the Australian Government taking a snail’s pace at reopening its borders to international students, many students, especially Indians have chosen other countries like Canada, as their destination of study.

Reports from various sources have claimed that over 50% of the international students have chosen to switch their study abroad destination if it meant they were able to start their courses on-campus earlier.

A few students have raised questions and complaints against the “lack of empathy” from Australia to deliver a solid plan to help its international students fly back.

Over the years, India has become the second-largest source of international students, accounting for nearly 15% of the total number. Sources claim that there were nearly 92,000 Indian students in Australia, however, with the pandemic, many travelled back to the country.

Gabriela D’Souza stated that the goodwill of the country is in threat if better measures are not implemented. At the wake of the pandemic, the Australian government had taken certain steps, such as excluding international students and migrants from income support as well as raising suggestion such as returning back to home countries have led to a spurt in the negative perceptions of the country.

IDP Connect, an international education organisation revealed through a survey, that many students with Australian University admission offers were contemplating over changing their study abroad destinations.

With countries such as the UK and Canada that have relaxed their border restrictions to a certain degree and have actively communicated the timelines and SOPs to welcome back the international students, Australia is under threat of losing its market share under the international education sector.

However, all is not lost, as many states such as Victoria and New South Wales have taken it upon themselves to welcome international students back on its soil. With Charles Darwin University and the Victorian Government, working with the state and federal governments to relax the border restrictions.

New South Wales and Victoria have communicated their interest in bringing back the Indian students have chosen their universities but are unable to start on-campus courses due to border restrictions. However, no deadlines or timelines have been announced on when the students will be able to return or travel to Australia for their higher education.