Indian Talent Choosing Canada Over the US Due to Outdated H-1B Visa Policy: Experts

Immigration and Policy experts in the US have blamed the outdated and difficult H-1B Visa policy for Indian students choosing Canada over the US and the rapid decline in Indian student enrolment numbers. Experts urge Congress to take the necessary changes to help attract Indian students back to the US. 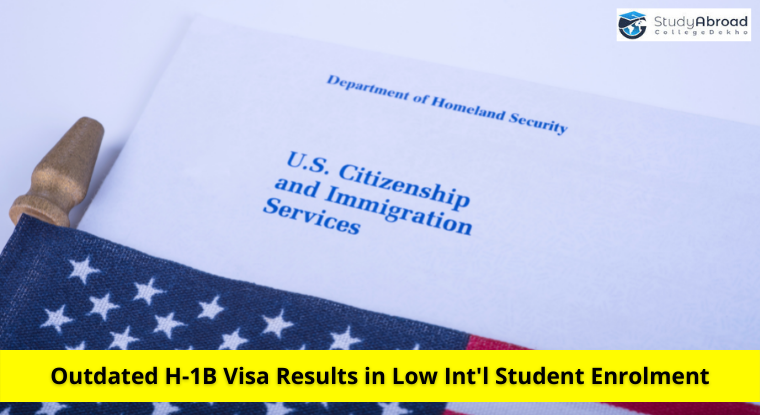 With an outdated H-1B visa policy, the US has witnessed a decline in the number of Indian talent that has chosen other countries, such as Canada over the US, highlighted experts to the US lawmakers.

Speaking to the policymakers, the immigration and policy experts commented that the per-country quota on the issuance of employment-based green cards or permanent residency. The experts, on 13th July, urged Congress to take the initiative to keep the Indian talent from moving to their competitors, such as Canada.

Stuart Anderson, the Executive Director at the National Foundation for American Policy, commented that if the current trend carried on, the backlog for all three employment-based categories for Indians, which currently stands at an estimated 9,15,497 individuals, will add up to an estimated 21,95,795 individuals by 2030.

Anderson, while testifying in front of a panel on “Oh, Canada! How Outdated US Immigration Policies Push Top Talent to Other Countries,” highlighted that the “highly-skilled internationals are choosing Canada over the US.

He explained that difficulty faced by candidates to work in the US under the H-1B status or even gain permanent residency compared to the ease of working under a temporary status and applying for permanent residency in Canada for international students and foreign nationals has resulted in many students choosing Canada instead of the US.

As per a National Foundation for American Policy (NFAP) analysis of the US Government data, the number of Indian students enrolled in computer science and engineering programmes in the US at the graduate level have declined by over 25% between 2016-17 and 2018-19 academic years.