90 Founders Across 500 US Unicorns Were Born in India: Study

India is going through an entrepreneurial startup era and has become the third-largest unicorn hub of the world and Indians internationally hold elite executive positions of top tech giants. Read below to find out more about the results of a study conducted by Stanford University's Finance Professor. 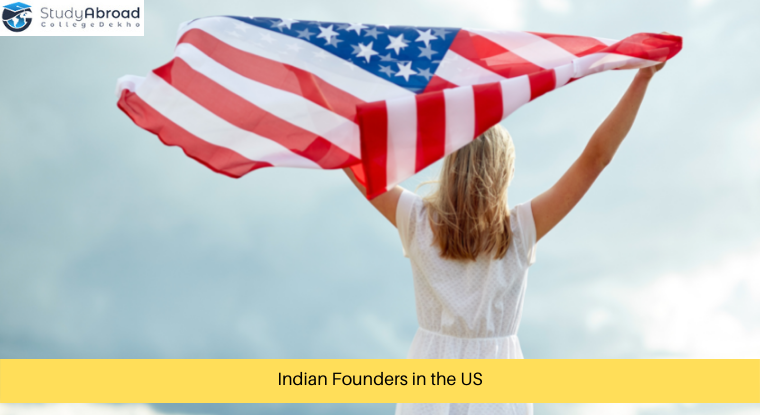 90 out of 1,078 founders across 500 US unicorns are of Indian origin, followed by founders from Israel (52), Canada (42), UK (31) and China (27), according to a study conducted by Ilya A. Strebulaev, Finance Professor at Stanford University’s Graduate School of Business. Indian entrepreneurial talent gained recognition from this study and also matched the recent figures of the Indian entrepreneurial startup era.

Indian startups raised USD 42 billion in 2021 with an increase of USD 30.5 billion from 2020. The country saw 46 unicorns and four decacorns (with a valuation of USD 10 billion or above) in 2021. The most valuable 2021 unicorn was Flipkart (USD 37.6 billion) and the fastest (6 months) to become a unicorn was Mensa Brands. Among the listed startups, Zomato (USD 14.8 billion) had the highest market capitalization followed by Nykaa (USD 13.5 billion) and Freshworks (USD 6.9 billion).

India (90) follows the US (487) and China (301) as the third-largest unicorn hub and is followed by the UK (39). Bengaluru (18) contributed with the highest number of unicorns followed by Delhi (13), Mumbai (11), Chennai (2) and Jaipur (1). Jaipur became a fresh entrant with CarDekho a subsidiary of GirnarSoft Pvt. Ltd. (parent company of CollegeDekho).

Also Read: Are Booster Shots Required to Study at US Colleges?

In the last few years, Indian immigrants are increasingly opting to return from the US, the reason being visa issues and thriving and lucrative startup opportunities in India. Comparing the situation with the fact that Indians are handling the elite executive positions in US tech giants, it seems that the retaining power of the American dream is loosening its hold on Indian immigrants in the wake of India becoming a startup hub.

Find Out Which Post-Study Work Opportunities You Can Apply for in the US!