International Student Enrolment Numbers in UK May Rise in January

UKEAS reports reveal a grim story for international enrolments in the UK. Reports reveal the causes and projected results for the September 2020 enrolments. However, January 2021 Start is expected to display higher enrolments than usual. 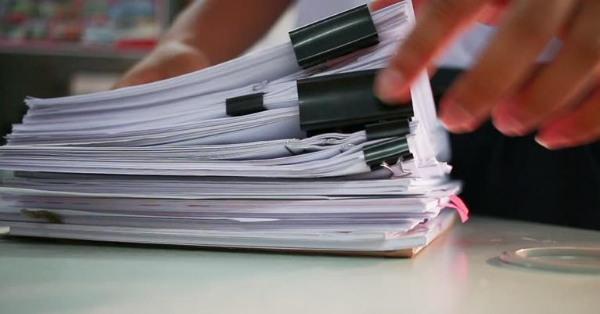 With the world still in a war with COVID-19, several reports from UKEAS suggests that international student enrolment numbers in the UK from various countries in West Africa and Asia in the coming term may just be slightly over half of what was achieved last year in September 2019.

UKEAS, an education consultancy has further warned that the figure is highly conditional on the availability of visas, flights and the COVID-19 situation at the time.

Keeping in mind the uncertainty that comes with coronavirus, many students are still worried and confused regarding their pursuit of education in the UK, states UKEAS, after reviewing data collected from student markets in seven countries across West Africa and Asia, viz. Vietnam, Thailand, Taiwan, Philippines, Nigeria, Malaysia and Ghana.

In the report, Richard Jones, the Head of Partnerships at UKEAS, stated two extreme scenarios, i.e. the best and the worst. As per Jones, the best case scenario includes a large number of students reaching the UK at a later date than usual. On the contrary, the country may also see students and families picturing overseas studies as extremely challenging a project.

Richard Jones also pointed out that the “projected total September 2020 UK university enrolments” is expected to be around 56.6% of what had been seen previously, i.e. the last period, which may actually be the case, given the limited period of time between now and September.

Jones also warned that the projected numbers depend heavily on the availability and accessibility of flights at reasonable prices. Further adding that the global reports on the virus and any highlighted outbreaks or lockdowns in the UK along with the possibility of the second wave and the resurgence of international travel, will determine the enrolments.

The projection has been made, accounting the students are yet to decide their plans and assumes little to no changes in the conditions in the UK.

However, all is not grim for the current future of international studies. While students are hesitant to pursue higher education outside of their country, the report from UKEAS also suggests an increase of 24.8% in student enrolment during the January 2021 intake, as compared to the January 2020 reports.

Jones calls the forecast encouraging and claims that the institution is working with the partners to ensure a secure education pathway for aspiring students.

Jones also stated that the improvements and effects of the pandemic are also concentrated at a national level among various nations. Each nation, depending on their individual reports on the virus, has been capable of fighting the issue remarkably well, while, others have witnessed devastation as well.

This affects the students approach on international studies, with some fearing international travels may bring the virus inside their country and others where they wish to just relieve themselves from their place of stay.

Among the fears of the students with regards to COVID-19, some fear their student experience may get impaired during the travel and stay in the UK.

However, he noted some differences between student groups, with pathway and undergraduate students more willing than postgraduate students to join their overseas program this academic year.

Nonetheless, the constant fear of increasing competition for international studies and increasingly challenging times can motivate the students to give it their best.

Also Read: Best Universities for STEM Courses in the USA

Online campus tours and online orientation and classes have not been met with much enthusiasm either from students, as students have aspired to experience these factors in-person. This makes January 2021 session an immensely attractive offer, if the UK universities are able to provide an in-person environment to aspiring students.

The CEO of UKEAS Pieter Funnekotter stated that the organisation is in the process of “Salvaging September”. The lack of reasonably priced flights and visas, a constant fear of COVID-19 and the lack of assurance of the future, has rendered September to be a failure, per se.

The CEO states that the world, as it stands today, is a scary place and each market individually dealing with their issues in a manner best suited for them. Which makes the entire process that little bit difficult.

Also Read: Things About Studying in the USA, No One Tells You

However, UKEAS states that steps are being taken to “maximise January”, which includes many universities who traditionally did not offer a January Start are now beginning to offer the same.

The future of international studies may seem bleak with the current situation but, various educational institutions and stakeholders are taking steps to ensure that one entire year of education for the students does not go wasted.