International students have been worried about not being to withdraw from courses, get refunds or apply in other countries due to visa processing delays and university policies. 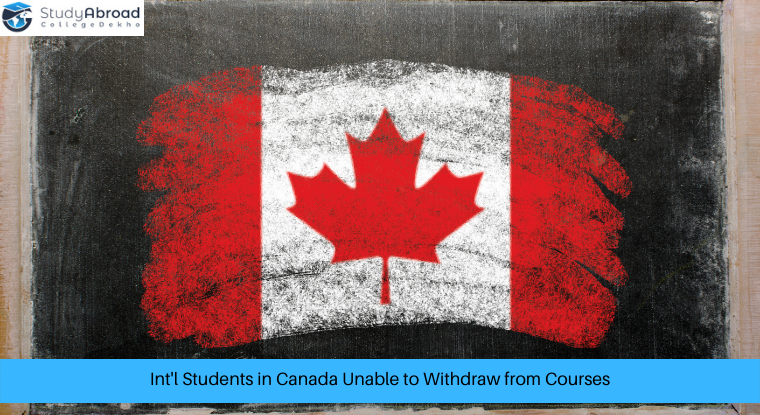 International students enrolled at colleges and universities in Canada have not been able to withdraw from their courses or get refunds due to visa processing delays and college policies.

Some of these students have been facing troubles in getting their applications processed including those waiting since March last year.

Many of these students said that they have not been able to withdraw their applications to apply or reapply to other countries, as their institutions ask them to produce a student visa refusal from IRCC.

In case students withdraw without a visa refusal, they lose large amounts of money which the students can't afford, forcing them to be trapped amid their applications neither being accepted nor being rejected.

Some students believe that their visa applications got stuck in a backlog as the IRCC is currently processing recent applications.

According to The PIE, other international students had been waiting for extended periods of time for IRCC to get back to them regarding their visa applications.

However, IRCC has not yet responded on the same.

A student enrolled at Mohawk College in Hamilton said that in case he gets tired of waiting to get his visa approved and wants to apply in the US, UK or any other country, the college will deduct $2,200 . The remaining amount will be refunded within the next 60 days.

Mohawk’s spokesperson said that they had been helping international students since the onset of the COVID-19 pandemic, when students were forced to study remotely while their visa was getting processed.

The spokesperson added that those under a pending visa approval status were being provided with a unique refund procedure which they receive during the admission process. The same lets students get a refund for their fees fir the majority of the semester if their visa application is denied.

Take Help from Experts to Speed Up Your Application to Canadian Universities!