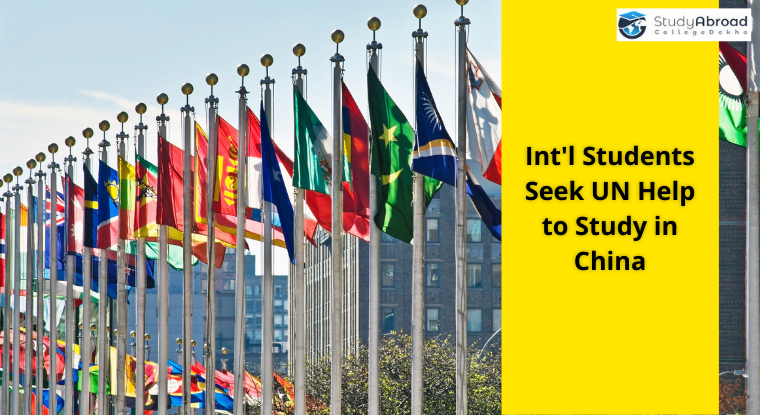 With the pandemic still striking fear in the hearts of many, especially governments around the globe, some countries like China are yet to open their borders to allow international students to study at the universities.

Over 20,000 medical, graduate and undergraduate school students studying in Universities in China, Japan and Australia signed a letter, urging the UN’s intervention in lifting the ban on international travellers in the country. The ban by the Chinese government has left international students stuck in their home countries for over an entire year.

In a statement released by the students, they highlighted that while they are enrolled at the universities in the aforementioned countries, the current COVID-19 border restrictions, the students are unable to receive the proper education. Medical students raised their concerns over the practical surgical classes being held online, Doctoral students are concerned with their inability to access the labs in their host countries, while the language barrier continues to grow worse while studying online.

The Chinese Government had released a recent statement, which failed to give any clear indication on the entry restrictions for international students with study visas. On March 22, the Indian Embassy in Beijing, China, stated that the recent statement by the Chinese government with regards to visa facilitation for foreigners visiting China was not applicable for international students.

An official statement from the Embassy states, “Chinese authorities at various levels continue to maintain their position that, on account of last year’s announcement by ministry of foreign affairs of the People’s Republic of China to suspend temporarily the entry of foreigners holding valid Chinese visa and residence permits following the outbreak Covid-19 in many countries, the visa suspension on foreigners stays until further notice,”.

Students have raised their fears over their future, commenting that along with theory portions, practical sessions are also being conducted online. In their statements, students wish to leave the universities and pursue their education elsewhere, however, the National Medical Commission of India (NMC) regulations states that the students must finish their course at the institution they enrolled in.

Media sources state that official data from 2018 revealed that 23,000 Indian students had enrolled in different programmes in Chinese Universities. This meant that Indians were among the fourth largest international student cohort in China, after South Koreans, Thais and Pakistanis.